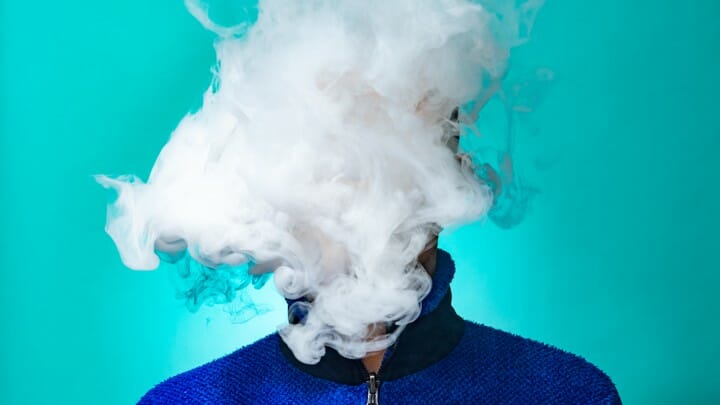 Ongoing FDA investigations and a spate of hospitalizations show that “safer than cigarettes” does not mean safe.

To market a product as less harmful than cigarettes is to damn it with faint praise.

America has known about the catastrophic harm smoking does to the human body for decades, so when e-cigarettes became widely available in the early 2010s, they were greeted with some optimism. The devices deliver nicotine or cannabinoids via vapor instead of smoke, which avoids some of the nasty by-products of combustion. There’s no way they could be as bad as cigarettes, right?

That rationale has helped nicotine-vaping rates explode since 2015, especially among teens. The same technology has become popular among cannabis users both legal and non-. But the question of vaping’s relative danger has recently taken on a much more desperate tone. While vaping is still so new that broad, long-term data on inhaling the often mysterious chemicals found in both nicotine and cannabis “vape juice” won’t be available for years, Americans are beginning to see the effects that heavy or extended use of the vaping market’s vast array of products might have.

The early evidence is alarming. A report today from the Centers for Disease Control and Prevention found 450 cases in 33 states of a mysterious “vaping illness” that affects the lungs of otherwise healthy people, most of them under the age of 30. So far, three people have died, and the CDC is investigating a fourth.

Ontario to ban flavoured vaping products from being sold in convenience...