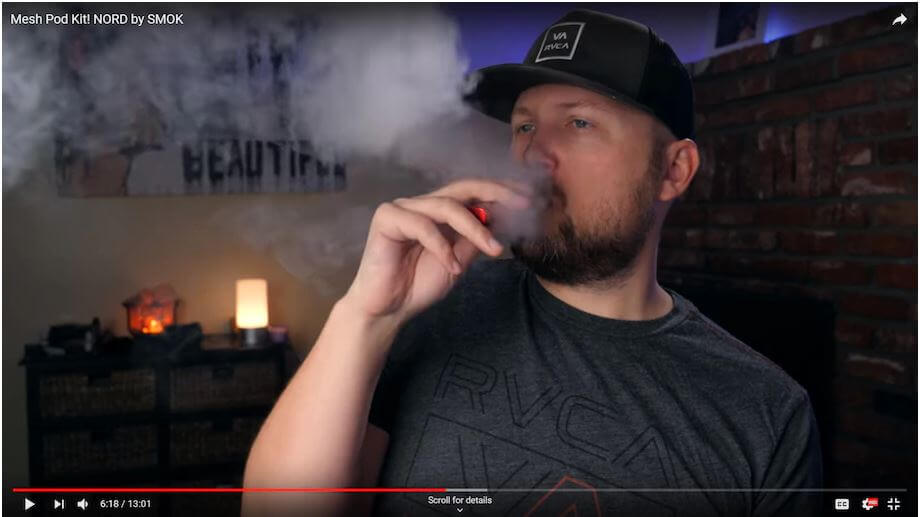 When the Trump administration announced Wednesday that it plans to ban most flavored e-cigarettes, Matt Culley knew within minutes that he had a job to do.

He turned on the camera in his home office in northwest Montana and started a live stream that went out to 280,000 subscribers, many, if not all of them, adults who vape.

“You know, I’m always the sort of person that says, ‘Don’t freak out, don’t freak out,’ ” he said. “I mean” — the 37-year-old took a brief pause, then looked straight at the camera — “everyone should be concerned right now.”

Culley, known as Matt From SMM on YouTube, is one of dozens of American adults who have made a career producing vaping-related content. On YouTube, Instagram, Facebook and Twitch, there is an ecosystem of users who publish videos of themselves performing vape tricks (playing with the smoke that comes out from e-cigarettes), reviewing flavors and equipment, or showing users how to cook up their own vape liquids. Millions watch them every day.

In recent weeks, this community has been rocked by the national discussion around vaping, driven in part by the federal investigation of more than 450 cases of lung disease linked to e-cigarettes, including six deaths. Many of these patients have reported using cannabis cartridges, but health officials say it is too early to eliminate other types of vaping.

People such as Culley, who call themselves “vape advocates,” “vape influencers” or “professional vapers,” have feared for days that amid the highly publicized reports of these deaths, officials might respond to pressure from vape critics with a blanket ban on flavored e-cigarettes. They have worried that adult vapers — their peers, their subscribers and themselves — might become collateral damage in a debate that has focused predominantly on the negative effects of vaping on youth smokers.

On Wednesday, they said, these fears were confirmed.

Curate RegWatch
In the Hague, once again vapers took to the streets to protest imminent regulations, on the morning when members of the...

When Smokers With No Plans to Quit Try Vaping, They Often...