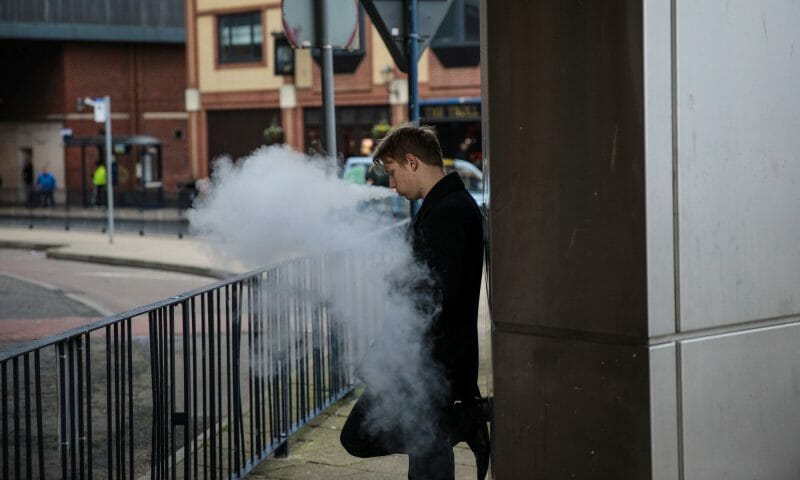 While US policymakers are stoking hysteria about e-cigs, English hospitals are opening their own e-cig shops.

Electronic cigarettes (or e-cigarettes) have been around for several years now. And while there is still much to be learned about e-cigarettes, scientific research has at least affirmed that vaping is safer than smoking. A landmark study, published in the New England Journal of Medicine, found that e-cigarettes can help smokers quit with greater success rates than other nicotine-replacement products.

Public Health England (PHE) maintains that e-cigarettes are 95 per cent safer than cigarettes. ‘While vaping may not be 100 per cent safe, most of the chemicals causing smoking-related disease are absent and the chemicals present pose limited danger’, reads a PHE policy document.

PHE rightly says that vaping removes the vast majority of the harmful effects of burning tobacco, which creates tar. This tar contains thousands of chemicals, carcinogens and mutagens, which cause many ailments, including heart disease.

Curate RegWatch
Governor Gretchen Whitmer announced she would seek a Supreme Court ruling after a judge on the Court of Claims issued a preliminary...

Another type of lung injury may be linked to e-cigarettes, as...