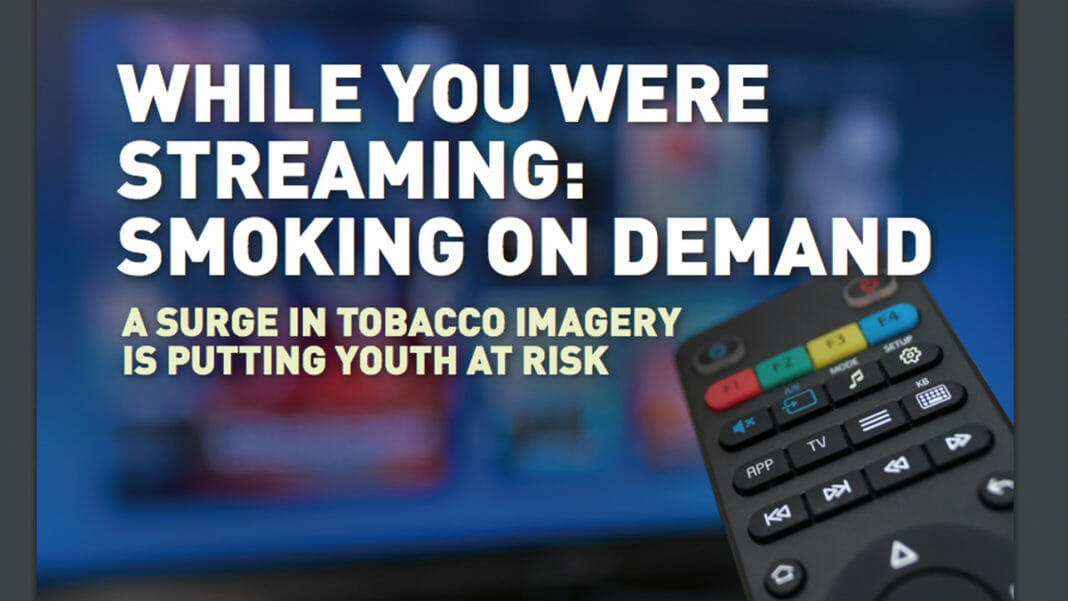 Smoking on the small screen has gone from common to nearly unavoidable, as popular programs like “Stranger Things,” “Orange Is the New Black” and “Modern Family” increasingly show images of tobacco and portray characters who smoke.

The popularity of streaming combined with the pervasive rise of smoking in episodic content points to an emerging threat to a new generation of Young Americans. Truth Initiative® first reported on this issue in 2018 with the study “While You Were Streaming: Tobacco Use Sees a Renormalization in On-Demand Digital Content, Diluting Progress in Broadcast & Theaters.” In the year since then, the danger has only grown.

Our prior analysis found that Netflix programs depicted more smoking imagery than broadcast shows. In 2019, Truth Initiative researchers re-analyzed tobacco content in the same episodic programming most popular with young people between 15 and 24 years old and found that Netflix once again topped the list with nearly triple the number of tobacco instances (866) compared with the prior year (299). Broadcast/cable programming showed nearly two and a half times more tobacco imagery than the previous year. Overall, 92% of the shows analyzed contained images of tobacco in the 2016-17 season, up from 79% in the 2015-16 season.

Trump is right: the rotten World Health Organisation should be reformed...

Curate RegWatch
Remember when the World Health Organisation made Robert Mugabe its goodwill ambassador? I think about that a lot. We all make...

Where Anti-Vaxxers and Anti-Vapers Meet