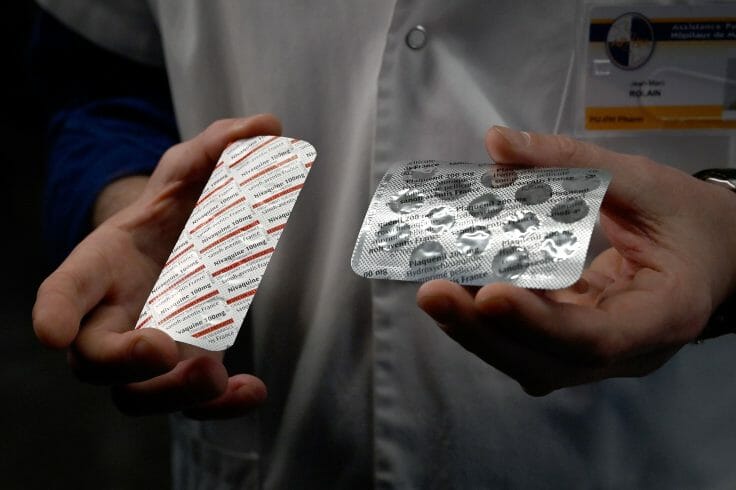 Arizona woman who accidentally poisoned her husband donated to ‘pro-science resistance’ PAC, among others

The Arizona woman who said that she and her 68-year-old husband ingested a substance used to clean fish tanks after hearing President Donald Trump tout chloroquine as a cure for the coronavirus has given thousands of dollars to Democratic groups and candidates over the last two years.

The woman’s most recent donations, in late February, were to a Democratic PAC, the 314 Action Fund, that bills itself as the “pro-science resistance” and has vocally criticized the Trump administration’s response to the coronavirus pandemic and held up her case to slam the White House.

Although local and national media outlets withheld the couple’s names, the Washington Free Beacon established their identities through descriptions in local news reports, where the pair were identified by their first names and ages: Gary, 68, and Wanda, 61. The Free Beacon is withholding their identities at Wanda’s request.

Federal Election Commission records show that Wanda has donated thousands of dollars to Democratic electoral groups and candidates over the past two years, including Hillary Clinton, the Democratic Congressional Campaign Committee, and EMILY’s List, a group that aims to elect pro-choice female candidates.

Wanda told the Free Beacon that she and her husband were both Democrats, not Trump supporters. They heard about the potential benefits of chloroquine, an antimalarial drug, in news reports. She decided at the “spur of the moment” to try taking it, but reached for a fish tank cleaner in her pantry that contains chloroquine phosphate, a different and deadly form of the chemical. The Food and Drug Administration issued an emergency authorization for the use of chloroquine to treat coronavirus on Sunday.