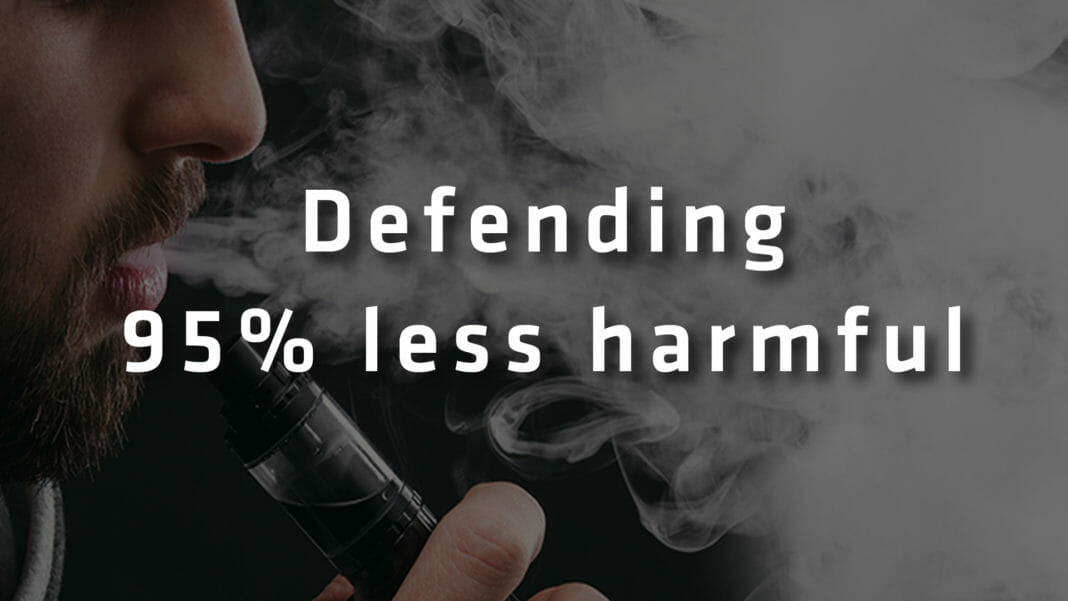 At best, the authors try to show the absolute risk of vaping is not zero and that some harm is plausible. In doing so, they are refuting a claim that neither Public Health England (PHE) nor the Royal College of Physicians (RCP) actually make.

The authors are effectively challenging an argument – that vaping products pose no risk to health – not used by credible supporters of the concept of tobacco harm reduction, which necessarily accepts some risk, albeit greatly reduced compared to smoking.

Nothing in the paper underpins the actual foundation of their critique – that PHE and RCP are wrong and the risks of vaping are likely to exceed five per cent of those of smoking. Two out of six substantive sections of the paper do not even deal with the “oft-cited estimate” of relative risk that they refer to and instead focus on: (1) whether vaping affects smoking behaviour; (2) exposure of bystanders to e-cigarette aerosol.

However, the most striking deficit is that not one word of this critique is devoted to the actual relative risks of smoking and vaping – the supposed subject and target of the authors’ effort at debunking the estimate. There are hints that there might be signs of some harm from vaping, but nothing at all that suggests this harm would be material and or that it would exceed five per cent of the risk of smoking. For this reason, the critique misses its target completely.

Younger, older Canadians differ in how they smoke – RCI |...

Curate RegWatch
The government agency Statistics Canada has found signs that there is a generational difference in nicotine habits among Canadians. Vaping is...