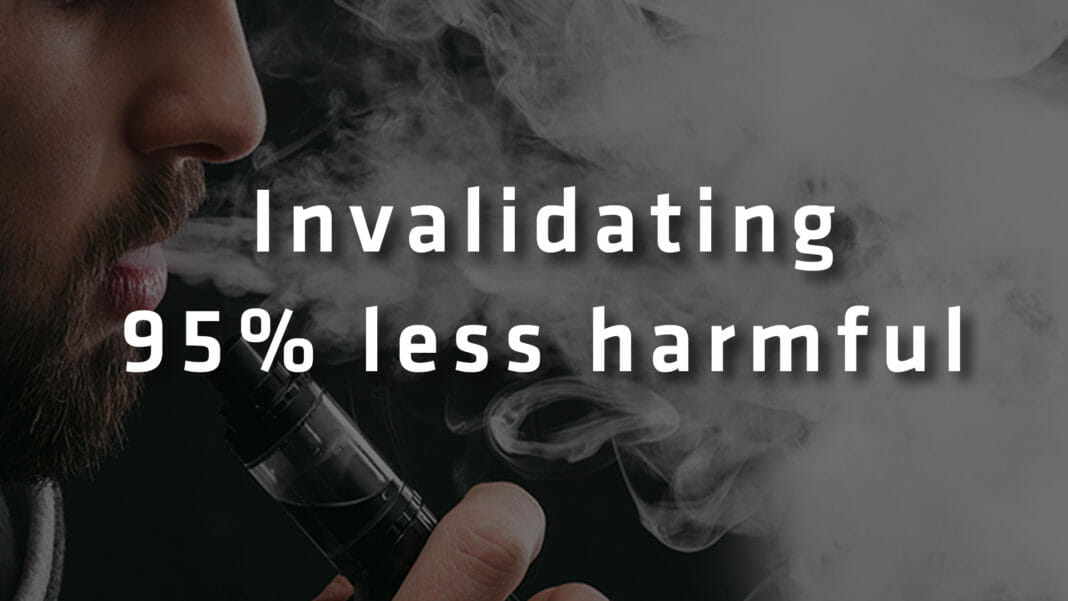 In July 2013, a group of 12 experts in decision science, medicine, pharmacology, psychology, public health policy, and toxicology rated the relative harm of 12 nicotine-containing products by using 14 criteria addressing harms to self and others.1

Despite this lack of hard evidence, Public Health England and the Royal College of Physicians endorsed and publicized the “95% less harmful” assertion.2,3 Senior Public Health England staff emphasized the “evidence” underlying the 95% figure, despite the evidence being lacking. Much has been written about the dubious validity of the “95% less harmful” estimate in 2014 to 2016, especially about the paucity of research on the health effects of e-cigarettes available in 2013. After six years of e-cigarette–focused research, which has yielded a growing body of hard evidence regarding harm (see Appendix A, available as a supplement to the online version of this article at http://www.ajph.org, for a nonexhaustive list), the time has come to re-examine that estimate.

Spinning a new tobacco industry: How Big Tobacco is trying to...