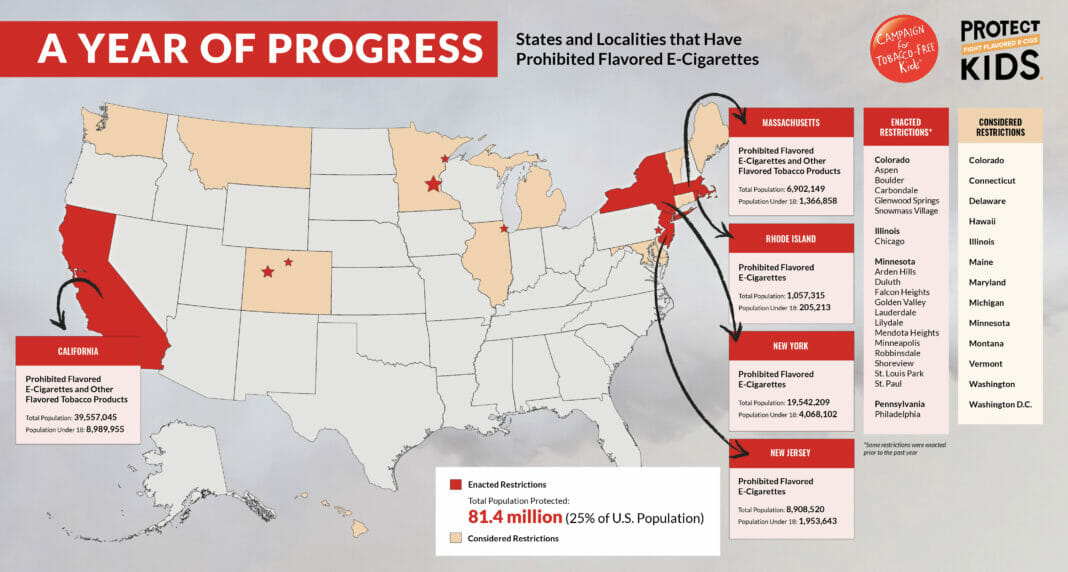 In response to alarming levels of e-cigarette use among youth in the United States, Bloomberg Philanthropies on September 10, 2019, announced the creation of a $160 million initiative to end the youth e-cigarette epidemic, focused on prohibiting the flavored e-cigarettes that have driven this crisis. The initiative – Protect Kids: Fight Flavored E-Cigarettes – is led by the Campaign for Tobacco-Free Kids, partnering with other organizations.

One year later, we can report significant progress, but youth e-cigarette use remains at epidemic levels and bold action is needed at all levels of government to prohibit flavored e-cigarettes and stop tobacco companies from addicting a new generation of kids. Learn more from our Progress Report.

Health Canada | Potential Measures to Reduce the Impact of Vaping...

The ideological divide on vaping has a clear winner: Smokers