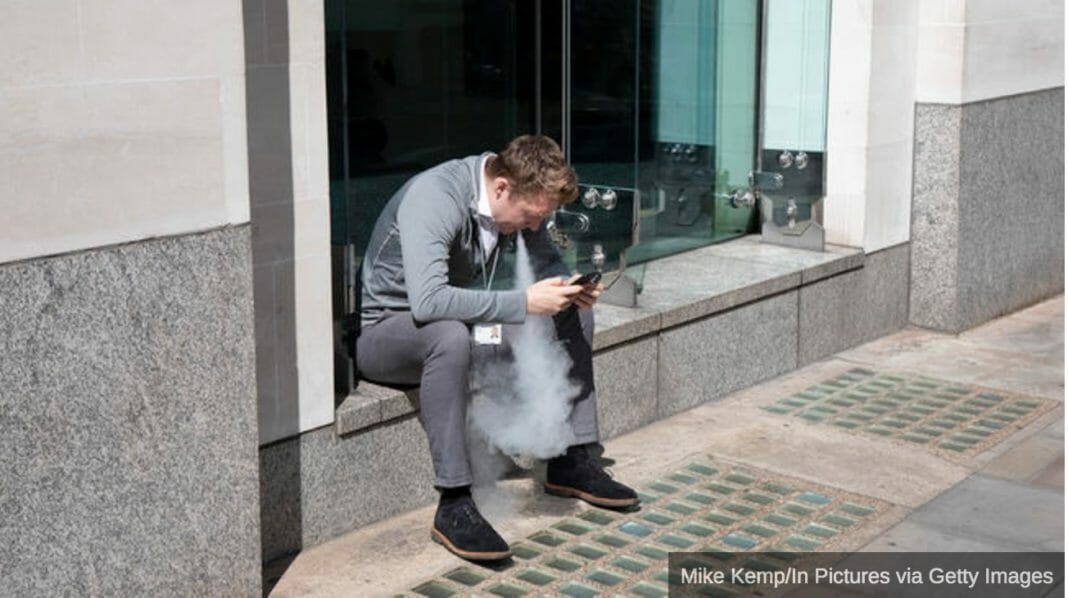 Regulations about e-cigarettes vary by country, making for a patchwork of policies. More than 30 countries ban e-cigarettes outright

While the U.S. scrambles to crack down on vaping, Britain has embraced electronic cigarettes as a powerful tool to help smokers kick the habit.

The Royal College of Physicians explicitly tells doctors to promote e-cigarettes “as widely as possible” to people trying to quit. Public Health England’s advice is that vaping carries a small fraction of the risk of smoking.

U.S. public health officials have taken a more wary approach, and have been slow to regulate e-cigarettes. That caution turned to alarm, though, with an explosion in teen vaping, prompting the federal government and some states to take steps to ban fruit and minty flavors that appeal to youths.

And now, with hundreds of U.S. cases of a mysterious lung illness among vapers, the U.S. Centers for Disease Control and Prevention is recommending that people consider not using e-cigarettes, especially those with THC, the compound that gives pot its high.

Curate RegWatch
An association representing Canadian convenience stores say the border closure between Quebec and New Brunswick may have helped choke off the...

Point/Counterpoint: How can we wipe out youth vaping: Copy the UK’s...