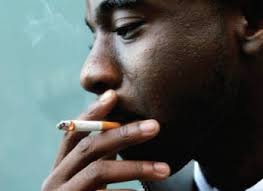 Today, The African American Tobacco Control Leadership Council (AATCLC) and Action on Smoking and Health (ASH) held a virtual press conference announcing their joint complaint against the FDA, represented by Pollock Cohen, LLP. The complaint requests that the court compel the FDA to fulfill its mandate to take action on FDA’s own conclusions that it would benefit the public health to add menthol to the list of prohibited characterizing flavors and therefore ban it from sale.

“We stand before you today to announce that we are suing the United States Food and Drug Administration for their failure to implement public health policy that protects the health and welfare of African Americans with respect to menthol cigarettes,” said Carol McGruder, founding member and Co-Chair of the AATCLC. “Our mission is to save the 45,000 Black lives lost each year from tobacco-induced diseases and we have resolutely pursed that mission since our inception.”

This lawsuit brings to the forefront the lack of action from the FDA to fulfill its mandate concerning whether menthol products should be taken off the shelves. In 2009, Congress passed—and President Obama signed into law—the Family Smoking Prevention and Tobacco Control Act. The act created a flavor ban in cigarettes but excluded menthol, subject to further research. In 2011, the FDA’s Advisory Committee concluded that the “Removal of menthol cigarettes from the marketplace would benefit public health in the United States.”

Despite this conclusion, and several statements of support in the interim, the FDA has not begun the rulemaking process of removing menthol from combustible cigarettes. The plaintiffs are asking the court to direct the FDA to take action.

Tobacco is the leading cause of preventable death worldwide, smoking-related illnesses are the number one cause of death in the African American community, and 85 percent of African American smokers smoke menthol cigarettes.

Curate RegWatch
US doctors are reportedly eyeing vaping as a possible factor in the alarming number of hospitalizations among young adults diagnosed with...