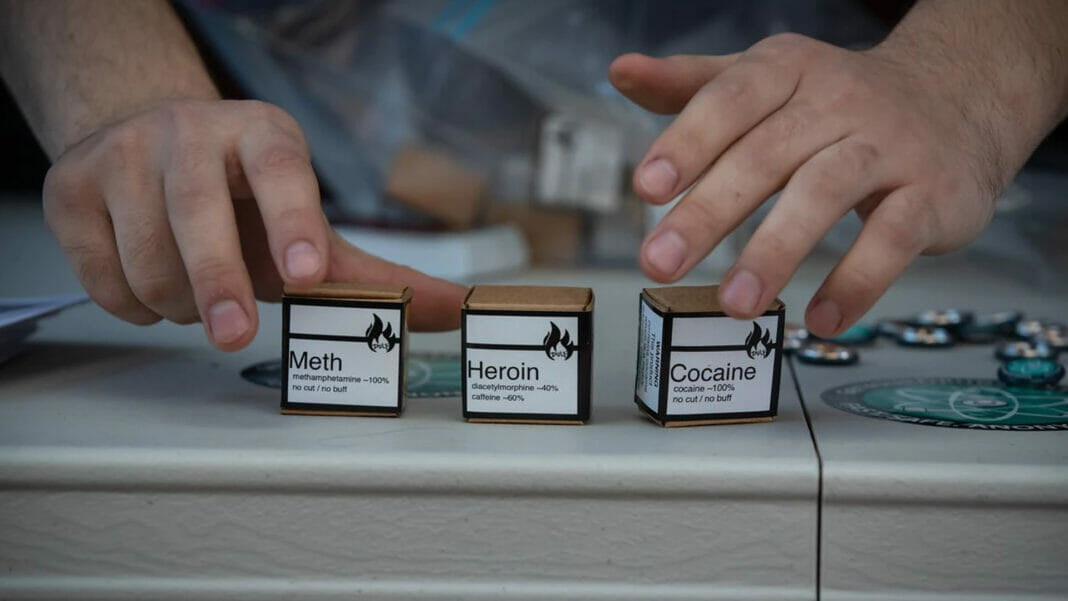 Methamphetamine, heroin and cocaine being handed out by the Drug User Liberation Front, who were distributing a safe supply of illicit drugs in the Downtown Eastside to mark the five-year anniversary of British Columbia declaring a public health emergency in the overdose crisis.

British Columbia will require all health authorities to develop programs that provide pharmaceutical-grade opioids, stimulants and other addictive substances to street-drug users, under a policy directive on safe supply aimed at curbing overdose deaths.

However, the medications to be offered, and who will receive them, will still be at the discretion of individual programs and clinicians – one of the principal barriers to expanding access. And they can only be offered in certain “programmatic” or clinical settings, according to the policy directive.

The document, which was obtained by The Globe and Mail, reveals that the provincial government recognizes that providing drug users with regulated versions of street drugs such as fentanyl, cocaine, and methamphetamine can reduce deaths and other drug-related harms. But the government is reluctant to expand access quickly, the document suggests.

“Health system partners” consulted for the policy development also expressed “significant reservations” about such an approach, according to the document. Some said prescribing drugs for harm-reduction purposes was not part of their training and that prescribing potentially dangerous substances such as opioids must be done with care and be guided by clear evidence.