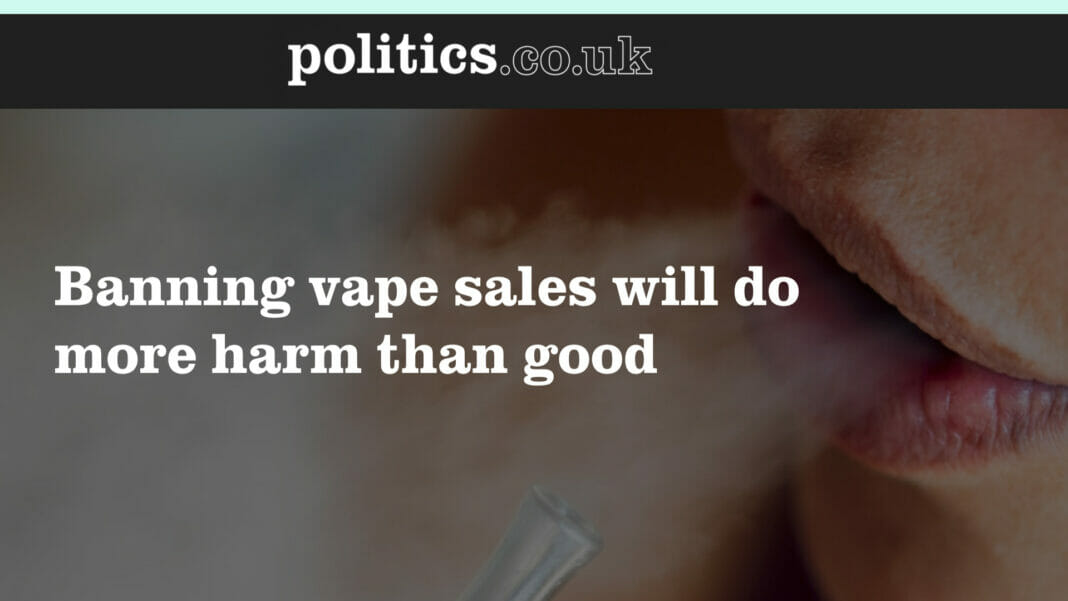 It was recently revealed that Sajid Javid, still fresh-faced in his new job as health secretary, is set to launch the next stage in the government’s plan to make England ‘smoke-free by 2030’, with a focus on cracking down on younger smokers.

The headline proposal is banning sales of e-cigarettes to under-21s, in the hope that 18-21-year-olds would no longer be able to vape.

If you had never heard of vaping and you were confronted with that statement, you would be forgiven for thinking that vaping is a type of smoking and that more young people taking up e-cigarettes is contributing to an epidemic of young smokers.

The reality is the exact opposite. Vaping is 200 times less likely to give you cancer than smoking. According to Public Health England, its overall health risks are around 95% smaller than those of traditional cigarettes.

The Bizarre Attack on Vaping

Curate RegWatch
Since I’ve never smoked or vaped, I have no personal interest in the the regulatory battle over vaping and e-cigarettes. That being said,...

VPZ Pushing for ‘Vape Clinics’ In The United Kingdom