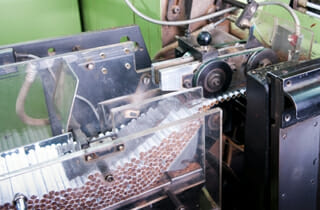 More than a decade after Big Tobacco apparently knuckled under to a coalition of 46 state attorneys-general, how is the industry faring?

Like most such questions, that depends on who you ask.

Ask Michael Cummings, PhD, of Roswell Park Cancer Institute in Buffalo, N.Y. and he replies: “My impression is that the tobacco industry is on life support.”

Ask economist Kenneth Warner, PhD, of the University of Michigan in Ann Arbor, and he replies: “They’re doing fine.”

Other experts reached by MedPage Today had shades of opinion between those two poles.

Part of the reason for the differing views is that the effects of the 1998 Master Settlement Agreement on the corporate health of the tobacco industry are hard to quantify – and probably not what most people would have expected.

The agreement – universally referred to as the MSA – had two main planks.

It required the tobacco companies to fork over $206 billion to the states involved over a 25-year period. So far — half way through — they’ve paid out some $80 billion.

But it also shielded the companies from individual lawsuits that could have cost far more as well as from competition from smaller tobacco firms that didn’t sign the deal.

The MSA was signed in November 1998, against a background of legal action against the industry. The attorneys-general of 46 states, as well as the District of Columbia, Puerto Rico, and the Virgin Islands, entered into the agreement with the four largest manufacturers of cigarettes in the U.S. — Philip Morris USA, R.J. Reynolds, Brown & Williamson, and Lorillard.

Florida, Minnesota, Texas, and Mississippi had already reached individual agreements with the industry.

Curate RegWatch
Over the past decade, rising youth use of e-cigarettes and other electronic nicotine delivery systems (ENDS) has prompted aggressive regulation by...