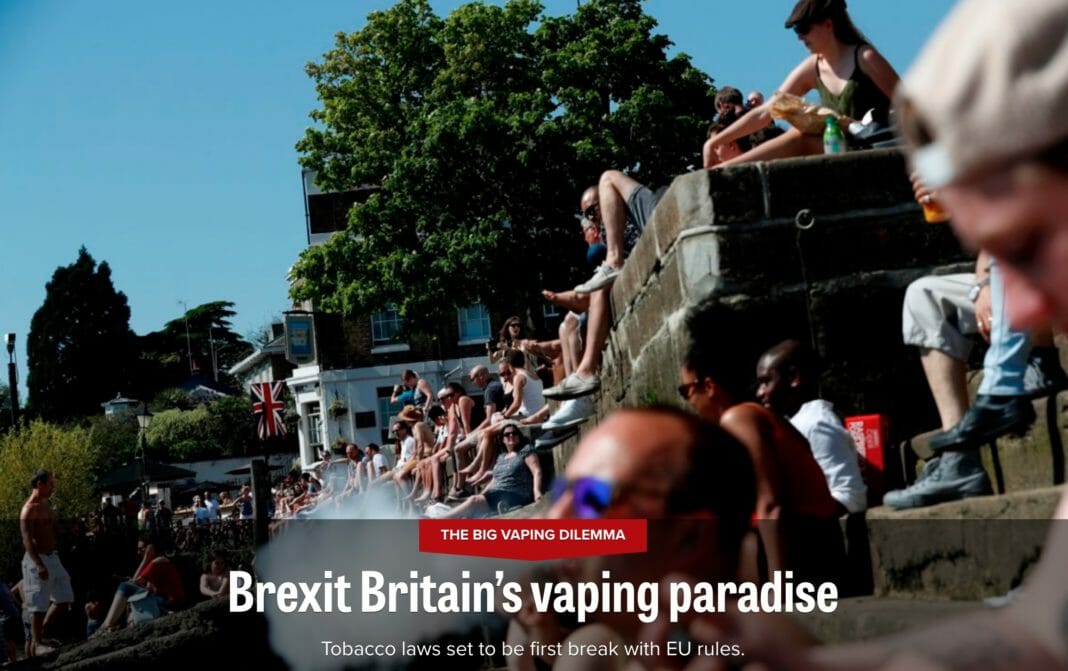 Tobacco laws set to be first break with EU rules.

Large numbers of British cigarette smokers will switch to vaping once the U.K. leaves the bloc, they argue, if looser British tobacco laws replace tighter EU limits on nicotine advertising and packaging.

Tobacco laws appear likely to mark one of the U.K.’s first post-Brexit breaks with EU law.

The House of Commons’ science and technology committee recommended a review of tobacco legislation last year, to create a “more risk-proportionate regulatory environment.” The government’s Department of Health and Social Care agreed, saying it would look to “sensibly deregulate without harming public health” after Brexit.

Packaging for e-cigarettes currently carries tobacco-like warnings and, in some cases, a large “hazard” symbol.

The signals from London are a coup for the rapidly growing vaping sector in the U.K., whose manufacturers claim their products can significantly reduce the toll from smoking-related disease in England, which kills at least 79,000 annually.

FDA Approves an E-Cigarette for the First Time but Still Seems...

Curate RegWatch
If teenagers like an e-liquid flavor, the agency seems to think, adults should not be allowed to buy it. Seven years after...

Some have started vape stockpiling in the US as a federal...