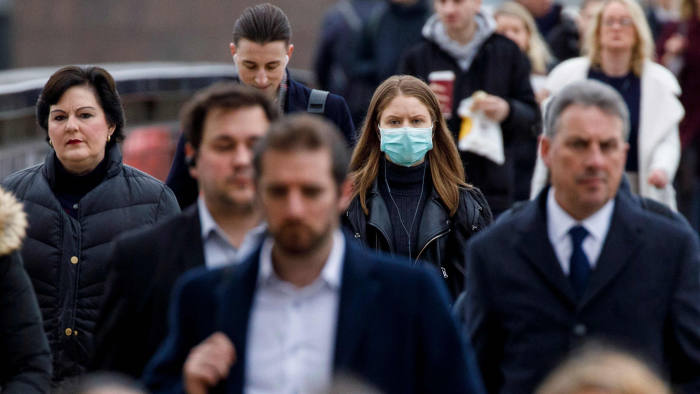 The new coronavirus may already have infected far more people in the UK than scientists had previously estimated — perhaps as much as half the population — according to modelling by researchers at the University of Oxford.

If the results are confirmed, they imply that fewer than one in a thousand of those infected with Covid-19 become ill enough to need hospital treatment, said Sunetra Gupta, professor of theoretical epidemiology, who led the study.

The vast majority develop very mild symptoms or none at all. However, the modelling by Oxford’s Evolutionary Ecology of Infectious Disease group has been challenged by other scientists. They have pointed out that the study presents possible scenarios — based on assumptions about the nature of the virus, its virulence and its arrival from China — that contradict those supported by most epidemiologists.

The Oxford research suggests that Covid-19 reached the UK by mid-January at the latest and perhaps as early as December. It spread invisibly for a month or more before the first transmissions within the UK were officially recorded at the end of February and the epidemic started to grow exponentially. “We need immediately to begin large-scale serological surveys — antibody testing — to assess what stage of the epidemic we are in now,” Prof Gupta said.

The research presents a very different view of the epidemic to the modelling at Imperial College London, which has strongly influenced government policy.

“I am surprised that there has been such unqualified acceptance of the Imperial model,” said Prof Gupta.

However, she was reluctant to criticise the government for shutting down the country to suppress viral spread, because the accuracy of the Oxford model has not yet been confirmed and, even if it is correct, social distancing will reduce the number of people becoming seriously ill and relieve severe pressure on the NHS during the peak of the epidemic.

The Oxford study is based on what is known as a “susceptibility-infected-recovered model” of Covid-19, built up from case and death reports from the UK and Italy. The researchers made what they regard as the most plausible assumptions about the behaviour of the virus. The modelling brings back into focus “herd immunity”, the idea that the virus will stop spreading when enough people have become resistant to it because they have already been infected.

The government abandoned its unofficial herd immunity strategy — allowing controlled spread of infection — after its scientific advisers said this would swamp the National Health Service with critically ill patients.