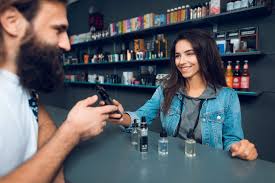 This release makes it appear as though specialty vape shops are operating without regard to the vaping regulations recently enacted by the Canadian governments, however this is simply untrue. The CVA and its members are very supportive of regulations that ensure vape products are not marketed, accessible or attractive to Canadian youth. The infractions reported for specialty vape shops are not a result of product sales to minors, as many would try to portray, but to compliance issues surrounding product labels and naming conventions.

The rate of reported infractions upon initial changes to the TVPA are a result of complicated laws that impact thousands of products at a store level. As a result of the work we do to provide our members with regulatory interpretation and guidance, many of the CVA members reported a 99.9% compliance rate. Infraction figures on an industry level were skewed as they were based on units on hand rather than non-compliant SKUs. Thus, when one item was deemed non-compliant, and a store had 100 units on hand, this resulted in 100 infractions being reported.

“We support all legislation that removes flavours and high nicotine strength liquids from points of sale that are not age restricted,” says Darryl Tempest, Executive Director of the CVA. “Big Tobacco vape brands leveraged their combustible cigarette relationships with convenience stores to fuel their aggressive national marketing campaigns, which promoted high nicotine products in environments with youth exposure. This has led to the availability of high nicotine products and related advertisements in an estimated 20,000 retail locations across Canada, as compared to fewer than 1,000 access points prior to 2018. Over 2,000 access points are represented by Kenny Shim and the Ontario Korean Businessmen’s Association and many of these locations participated in egregious advertising campaigns in stores frequented by youth until the federal government had to step in and ban these practices.

The Governments of Canada and Ontario had to enact regulations to stop the aggressive marketing and exposure to Canadian youth when convenience stores refused to quit these practices. It’s the exposure that drove the curiosity which, according to the CDC, is the reason that 56.1% of all youths indicated they had experimented with vaping.”

Let us be clear, the reported infractions in specialty vape shops are not a result of selling or marketing products to youth within adult only access vape shops, but rather due to the implementation of complex regulations, which contain language that leaves much to interpretation.

Curate RegWatch
Smoking and vaping at beaches, rivers and outdoor dining spaces could soon be banned around much of Hawke's Bay.  Napier City Council...

Over 11,000 Canadians Call on Parliament to Protect the Health and...

Tobacco or no-go: N.W.T. to ban most flavoured vapes

Court to rule on motion to allow sale of flavoured e...