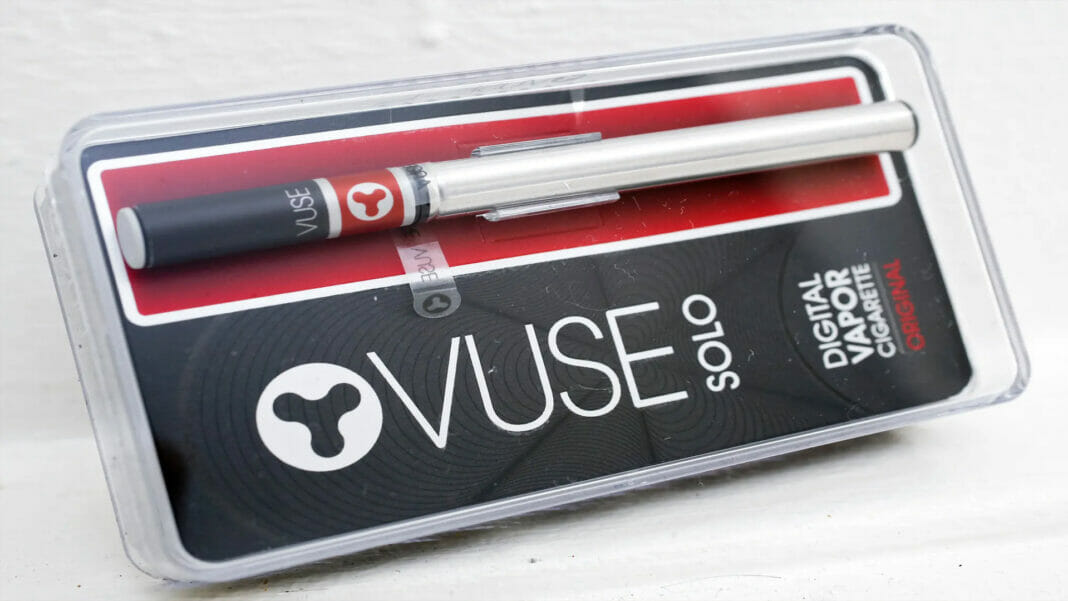 The Food and Drug Administration for the first time on Tuesday authorized an electronic cigarette to be sold in the United States, a significant turn in one of the most contentious public health debates in decades.

In greenlighting a device and tobacco-flavored cartridges marketed by R.J. Reynolds under the brand name Vuse, the agency signaled that it believed that the help certain vaping devices offer smokers to quit traditional cigarettes is more significant than the risks of ensnaring a new generation.

“The authorized products’ aerosols are significantly less toxic than combusted cigarettes based on available data,” the F.D.A. said in a statement announcing the decision.

The statement concluded, “The F.D.A. determined that the potential benefit to smokers who switch completely or significantly reduce their cigarette use, would outweigh the risk to youth.”

The watershed decision could pave the way for authorization of some other electronic cigarettes, including those of the once-dominant maker Juul, to stay on the market. For more than a year, the manufacturers of e-cigarettes have been in a holding pattern — most of their products on the market but awaiting official authorization — as the F.D.A. has investigated whether they were a benefit or a danger to public health.

“The importance of the F.D.A. authorizing a vaping product as ‘appropriate for the protection of public health’ should not be understated,” said Gregory Conley, president of the American Vaping Association, an industry group. He added, “Now that the F.D.A. has acted, we are hopeful that adult consumers and health communicators will begin to understand the harm reduction benefits offered by these and other smoke-free products.”

Over the past few months, as part of its review, the agency has also ordered thousands of vaping products off the market, including a brand that has surpassed Juul as a favorite among teenagers for its fruity and candy flavors, Puff Bars. On Tuesday, it also rejected 10 other Vuse flavored products but declined to say which ones.

Condemnation of the decision to authorize some products was swift.

“This throws young people under the bus,” said Erika Sward, national assistant vice president for advocacy at the American Lung Association. She said the concern was both with the broader logic endorsing these products and with Vuse, which in the government’s most recent survey on youth tobacco use was found to be one of the most popular vaping brands with young people.

Ms. Sward said that an industry that lied about hooking generations on a deadly product that killed millions was now positioned to control the next iteration of the nicotine market. “The industry has been waiting for their next big thing and they found it with e-cigarettes,” she said.

Kaelan Hollon, a spokeswoman for Reynolds American, R.J.R.’s parent company, said that the decision “represents an important moment for Reynolds” and that it showed that the authorized products “are appropriate for the protection of the public health.”

E-cigarettes first came on the American market in the early 2000s as devices designed to give smokers the nicotine fix they craved without the carcinogens that come from burning cigarettes. But about six years ago, with the introduction of Juul’s sleek products with fruity and dessert flavors, use of e-cigarettes among teenagers began to soar and public health officials worried that a generation of nonsmokers was becoming hooked on nicotine.

Allowing some vaping devices to stay on the market as an alternative to smoking, some public health experts believe, might make it easier for the government to impose more stringent regulation on traditional cigarettes, whose carcinogenic fumes can cause cancer and play a role in more than 400,000 deaths in the United States each year.

After resolving the vaping issue, the F.D.A.’s tobacco division will push forward on a plan to reduce the amount of nicotine in combustible cigarettes. In its tobacco control strategy, announced in July 2017, the F.D.A. said it would try to force tobacco companies to lower the nicotine in their products to nonaddictive levels. The cigarette industry opposes the move.

The F.D.A. is also still working on its plan to eliminate menthol cigarettes from the market, a prospect the tobacco industry is vigorously lobbying against.

Clifford Douglas, director of the University of Michigan Tobacco Research Network, said that the authorization of Vuse was “good initial news in terms of the agency making clear its focus on providing well-assessed harm reduction alternatives for adults.”

“This decision makes clear the F.D.A.’s scientific understanding that e-cigarettes are intrinsically significantly less hazardous than combustible tobacco products,” Mr. Douglas said. “And it makes equally clear that these products can be good for the protection of public health, and therefore potentially help millions of addicted adult smokers quit smoking.”

The specific products granted authorization by the F.D.A. are the Vuse Solo Power Unit, and two tobacco-flavored replacement cartridges, each with around 5 percent nicotine.

In its announcement, the F.D.A. said that it was aware of the heavy use of Vuse products by youth but that it was approving “tobacco flavors,” which are less appealing to teenagers. The agency also said that it was imposing digital, radio and television marketing restrictions, while critics argued that the F.D.A. appeared to leave plenty of room for other marketing that could affect youth.

He took issue with the restrictions on television advertising, which allow only commercials on shows with a low percentage of teenage users. Mr. Lindblom said that teenagers could still see the Vuse ads, either on television or if they are copied and put on YouTube, as happened with Juul.

“They are allowing marketing through partners, celebrities and brand ambassadors. This is a real problem,” Mr. Lindblom said.

Among the key issues that the F.D.A. did not resolve Tuesday was what it plans to do about menthol-flavored e-cigarettes, which critics say appeal to youth and e-cigarette advocates say will help lure current smokers to quit. The agency said it was “still evaluating” the Vuse application for menthol.

Reynolds, in its own statement, said that it could “still lawfully sell” the products that remain under review.

Curate RegWatch
People under 20 who used vapes were found to be more than three times as likely to have ever smoked tobacco...

Teens Affected by Lack of Government Regulation on Vaping

Altria Urges FDA to Clarify That Nicotine Doesn’t Cause Cancer