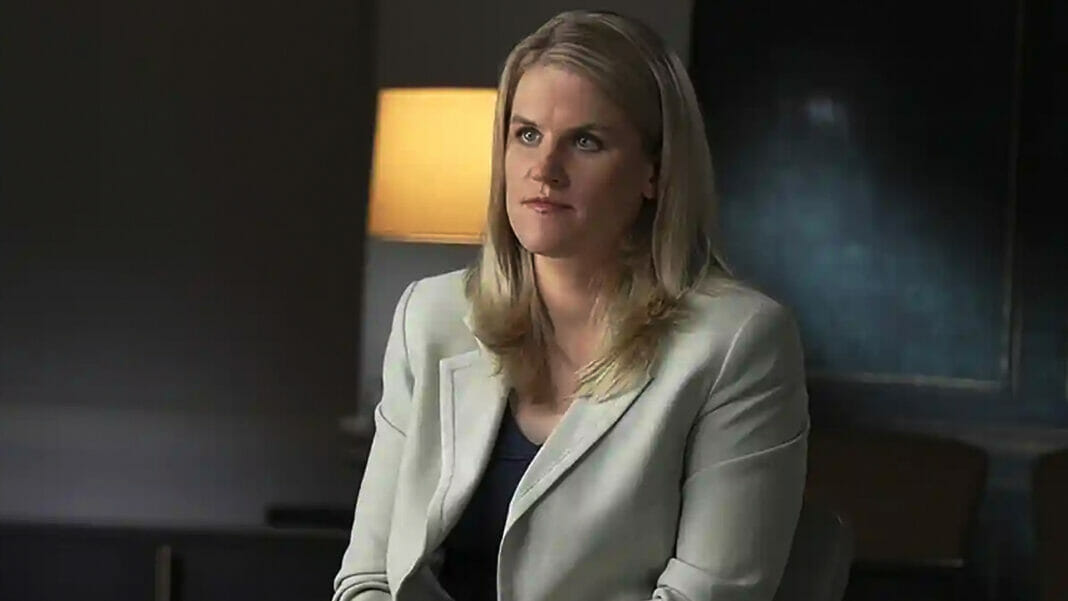 A former Facebook employee has accused the company of putting profit over the public good, after coming forward as the whistleblower who leaked a cache of internal documents that have placed the tech firm in its worst crisis since the Cambridge Analytica scandal.

Frances Haugen, 37, said the thousands of documents she had collected and shared with the Wall Street Journal and US law enforcement showed the company was lying to the public that it was making significant progress against hate, violence and misinformation.

In an interview with the news program 60 Minutes on Sunday, Haugen explained her decision to speak out about the internal workings of Facebook, saying she had become alarmed by what she perceived as company policies that prioritized profit over public safety.

“The version of Facebook that exists today is tearing our societies apart and causing ethnic violence around the world,” she said.

Haugen said she joined Facebook in 2019 as a product manager on its civic integrity team – which focused on issues related to elections worldwide – after spending more than a decade working in the tech industry, including at Pinterest and Google.

She said she agreed to take the job only if she could work to help the company combat misinformation, saying the issue was personal for her – she previously lost a relationship with a friend after they descended into online conspiracies.

But Haugen said she soon began to feel Facebook was unwilling to take the action needed to address these issues, even though it had the tools. She left the company in May this year.

“No one at Facebook is malevolent,” Haugen told 60 Minutes. She said Mark Zuckerberg, Facebook’s founder and chief executive, “has never set out to make a hateful platform”. But, she said, the effects of the company’s choices had been grave.

Facebook proved it could do more to address these problems when it changed content policies for several weeks surrounding the 2020 US elections, she said, adding the company deliberately gave a lower priority to political content on its news feed.

But the platform soon went back to old algorithms that valued engagement over all else, she claimed, a move that she said contributed to the 6 January riot at the Capitol. Facebook also disbanded the civic integrity team after the election.

“As soon as the election was over, they turned them back off or they changed the settings back to what they were before, to prioritize growth over safety. And that really feels like a betrayal of democracy to me,” she said.

Referring to the algorithm change, Haugen added: “Facebook has realised that if they change the algorithm to be safer, people will spend less time on the site, they’ll click on less ads, and [Facebook] will make less money.”

Haugen also discussed the most damaging document leak, which showed Facebook was aware of the damage its Instagram app was causing to teen mental health and wellbeing. One survey in the leaked research estimated that 30% of teenage girls felt Instagram made dissatisfaction with their body worse.

“And what’s super tragic is Facebook’s own research says, as these young women begin to consume this– this eating disorder content, they get more and more depressed. And it actually makes them use the app more. And so, they end up in this feedback cycle where they hate their bodies more and more,” she said.

Haugen has been called to testify before Congress on Tuesday about the studies and other information she has gleaned from her time at Facebook. According to her written testimony, seen by Reuters, she’ll repeat her argument that Facebook has repeatedly put profit over the public good, and she will tell US lawmakers that the company faces little oversight.

“The company’s leadership knows ways to make Facebook and Instagram safer and won’t make the necessary changes because they have put their immense profits before people. Congressional action is needed,” she writes. “As long as Facebook is operating in the dark, it is accountable to no one. And it will continue to make choices that go against the common good.”

Haugen will also appear in front of British MPs and peers at an unspecified date after the joint committee scrutinizing the draft online safety bill, which imposes a duty of care on social media companies to protest users from harmful content, confirmed on Monday that she would give evidence.

According to 60 Minutes, Haugen’s lawyers have filed complaints with the Securities and Exchange Commission – the US financial regulator – accusing the company of making false statements to investors, by comparing the internal documents with public statements about tackling harmful content. On Sunday, Haugen’s attorney John Tye, the founder of the legal nonprofit Whistleblower Aid, confirmed a New York Times report that some of the internal documents had been shared with attorneys general from several states, including California, Vermont and Tennessee.

In 2019, Facebook was fined $5bn (£3.7bn) by the US Federal Trade Commission for “deceiving” users about its ability to keep personal information private, after a year-long investigation into the Cambridge Analytica data breach, where a UK analysis firm harvested millions of Facebook profiles of US voters.

Political pressure has been building on Facebook in the wake of the WSJ revelations. Last week, lawmakers grilled Antigone Davis, Facebook’s global head of safety, and accused the company of “routinely” putting growth above children’s safety.

“Social media has had a big impact on society in recent years, and Facebook is often a place where much of this debate plays out,” Nick Clegg, the company’s vice-president of policy and public affairs, wrote to Facebook employees in a memo on Friday ahead of the interview. “But what evidence there is simply does not support the idea that Facebook, or social media more generally, is the primary cause of polarization.”

In a written statement to the Wall Street Journal, the Facebook spokesman Andy Stone also pushed back against the allegations, saying: “To suggest we encourage bad content and do nothing is just not true.”