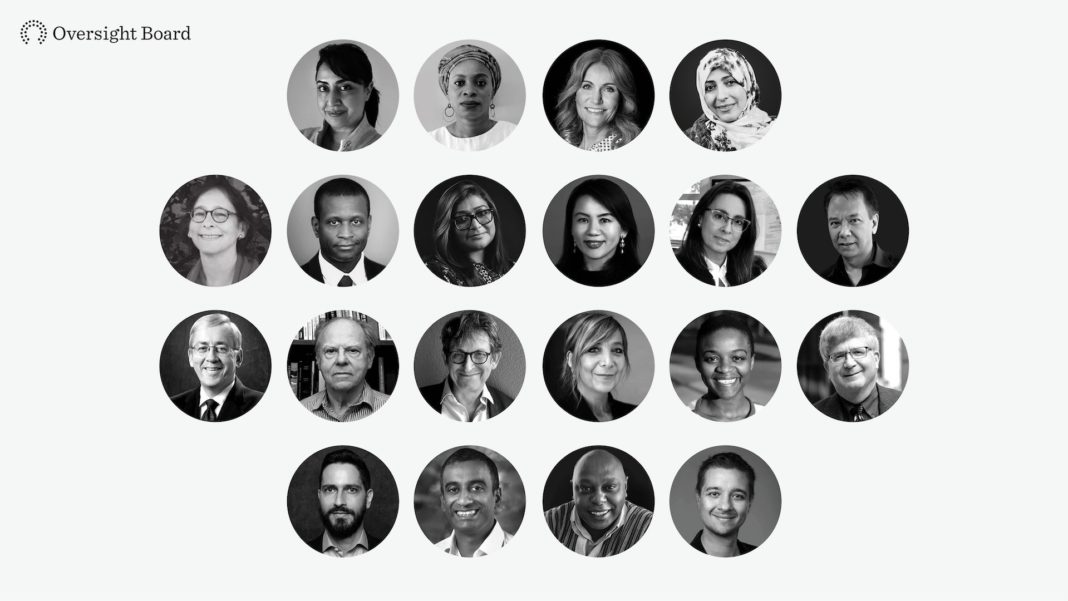 Two years ago Mark Zuckerberg, co-founder and chief executive of Facebook, first raised the idea of an independent “Supreme Court” that might help regulate content on the network.

Now, the first members of what it calls its Oversight Board have been named. The company released details of the 20 appointees on Wednesday morning, and also held a conference call with journalists . . . .

The idea behind the oversight board is to have an independent body that can rule on contentious decisions—whether Facebook was right to take down an image of a naked Vietnamese girl covered in napalm, for example. There are a number of restrictions on what the board can review: at least for now, it can only hear cases about things that have been taken down, not things that have been left up, and its ambit doesn’t extend to WhatsApp.

Facebook says it is committed to the independence of the group, and that under the charter that it put together to govern the board, its decisions are binding—meaning it will theoretically be forced to implement them (unless doing so would break the law).

Some see the board as a valuable check on Facebook’s power to control the speech and behavior of billions of users. But others question whether the board will truly be independent or effective against such a massive corporation, and see it as a fig leaf that allows Facebook to pretend that it cares.