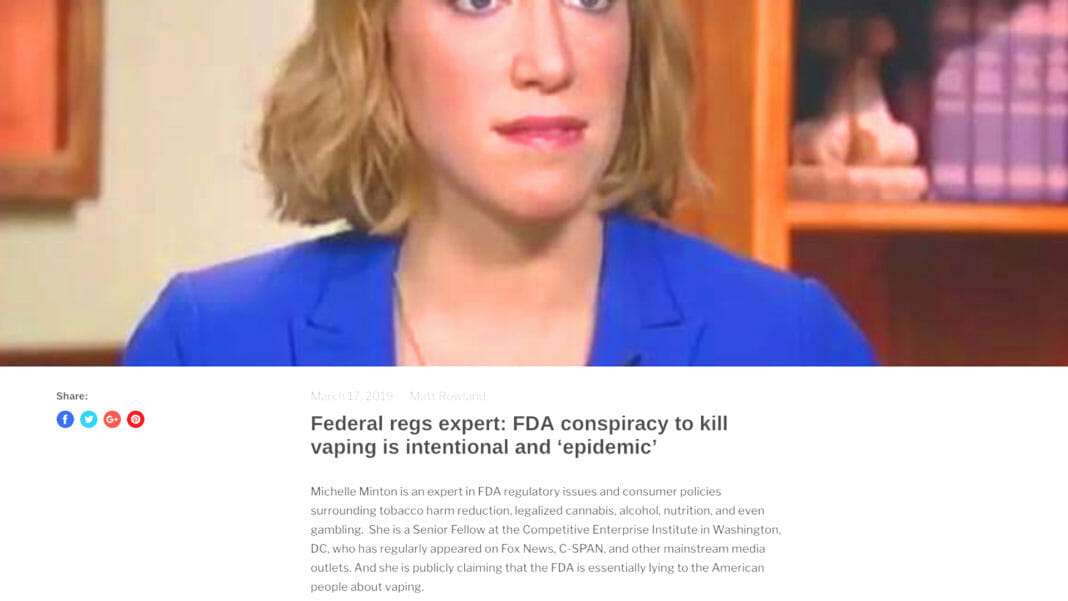 She is a Senior Fellow at the Competitive Enterprise Institute in Washington, DC, who has regularly appeared on Fox News, C-SPAN, and other mainstream media outlets. And she is publicly claiming that the FDA is essentially lying to the American people about vaping.

Under the direction of Commissioner Scott Gottlieb, FDA officials have been blasting the airwaves and social media with alarming allegations that teen vaping in America has reached “epidemic” proportions.  The onslaught of negative news has been relentless, and the general public is taking notice.  Survey after survey continue to show that the majority of Americans mistakenly believe that vaping is just as deadly as smoking even though e-cigs are 100 percent tobacco-free.

The real anti-vaping profiteers are not the likely suspects

Curate RegWatch
'They say it's harmless, but I don't think it is' I'm a Grade 12 student in Ottawa, and there's a problem with...

You won’t be seeing vaping ads on the TTC any longer....