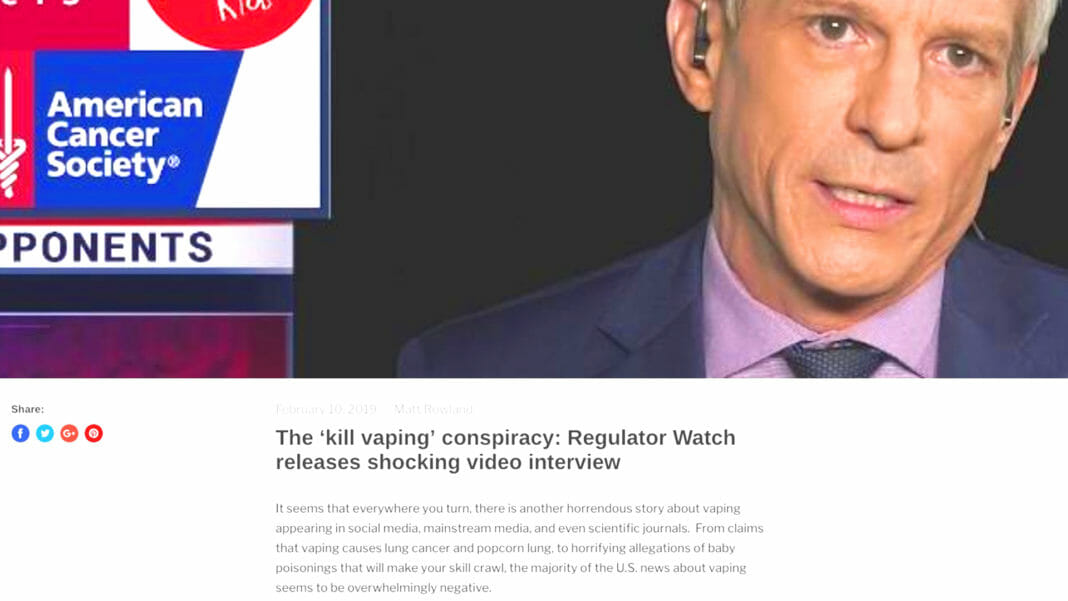 It seems that everywhere you turn, there is another horrendous story about vaping appearing in social media, mainstream media, and even scientific journals.

From claims that vaping causes lung cancer and popcorn lung, to horrifying allegations of baby poisonings that will make your skill crawl, the majority of the U.S. news about vaping seems to be overwhelmingly negative.

Yet in Europe, several countries and their public health officials are largely supportive of e-cigarettes as a safe and effective smoking cessation tool for tobacco harm reduction.  In 2015, Public Health England even published a report stating outright that vaping is 95 percent less harmful than smoking.

But in the United States, these European scientific studies go largely ignored by our public health agencies like the U.S. Food and Drug Administration (FDA) and the Centers for Disease Control and Prevention (CDC).  In fact, FDA Commissioner Scott Gottlieb has been on a months-long rant in which he threatens to kill the American vaping industry entirely if his organization does not witness a dramatic and nearly instantaneous decline in underage vaping rates.

Curate RegWatch
The WHO has been slammed in an open letter from experts around the globe for cautioning young people against using vaping...

Many Smokers Use Smokeless Tobacco Products to Cope With Smoking Areas’...