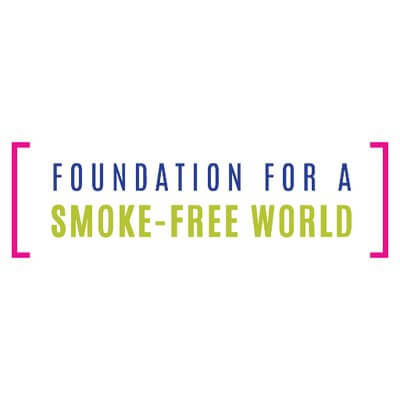 Since its inception in 2017, the Foundation for a Smoke-Free World’s (FSFW) primary argument has been to convince people that it is both legitimate and independent, despite receiving all of its funding from Philip Morris International (PMI).

In order to try and build credibility within the debate on tobacco and health, considerable effort has been spent establishing and re-enforcing this idea.

*A legitimate creator of independent research

*A supporter of FCTC (including Article 5.3)

The Foundation has framed some of the public health community and tobacco control measures in these ways:

*Negative characterisation of public health measures such as taxation

Although on its website PMI talks about a smoke-free future, PMI’s claims of commitment to harm reduction appear to be fundamentally undermined by its own documents, including its leaked 10 year Corporate Affairs Plan written in 2014 (and published by Reuters in 2018). These documents give an insight into PMI’s long-term plans before the launch of the Foundation in 2017.

These internal documents revealed that as recently as 2014, PMI was maintaining its attempts to “maximise commercial opportunities and grow market share” of combustible cigarettes. In 2018 academics highlighted that “PMI has made no concessions to stop promoting combustible cigarettes, and continues its activities opposing FCTC policy implementation.” This concurrent activity by PMI fuels the assessment of PMI’s funding of the FSFW as a conflict of interest.

The leaked documents also reveal PMI was concerned about denormalisation (of both itself and of the tobacco industry more generally) and wanted to be seen as “part of the solution” to the harm caused by smoking, to be a “trusted and indispensable partner” and “to establish the legitimacy of tobacco companies to be part of the regulatory debate on RRPs”. The company outlined its plans to “find allies that cannot be ignored”, and “amplify voices of ‘harm reduction’ supporters vs ‘prohibitionists’”. The Foundation may well be interpreted as the embodiment of these very plans.

Indeed, academic critiques of PMI’s involvement in tobacco harm reduction strategies have been made in 2018. Some have argued that PMI is using harm reduction arguments as a way to renormalise both itself and the wider industry, “using strategies that they have used for decades to fracture tobacco control and promote tobacco ‘harm reduction’ in an attempt to renormalize tobacco use” and “undermine government’s tobacco regulatory efforts”. It has been suggested that the Foundation is “an apparent element of PMI’s plan to expand the market for its HTP tobacco products as well as rehabilitate the company’s reputation” and as a “ploy to boost PMI’s corporate image and possibly produce misleading science, while PMI continues to attack effective tobacco control policies and profit from cigarette sales.”

Brent Stafford
Chaos and uncertainty mark the results of the 2020 U.S. Presidential Election. As of this writing, we still don’t know if...

Youth Vaping Declines, But the CDC Clings to Its “Epidemic” Narrative