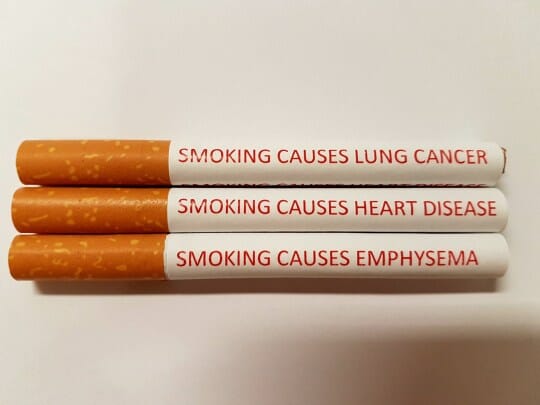 Health warnings on individual cigarettes – including how many minutes of life a smoker loses each time they inhale – would help people to kick the habit for good, researchers argue.

Experts say having a warning about the health impact or financial consequence on every single cigarette would be a better deterrent than graphic pictures which have lost their shock value. Aaron Drovandi from James Cook University in Queensland, Australia, led the research, surveying more than 2,000 smokers and non-smokers about how effective current approaches to encourage people to quit are.

He found that although a significant number of Australians in recent decades no longer smoke, current strategies including plain packaging on cigarette packets were less effective for smokers.

Most had become desensitised to warnings on the plain tobacco packaging – which became mandatory in the UK in 2016 – Dr Drovandi said. He also said warnings around short-term and non-health related consequences, such as the financial impact, were more likely to put smokers off.

She told The Sun: ‘Cigarettes are widely known as cancer sticks – why not put “smoking causes cancer” on every cigarette to remind smokers every time they pull out a fag.

Brent Stafford
**RegWatch Vaping Coverage Marathon (2015-2016)** The battle to save vaping is one of the most important health battles of the past decade. 5-years...