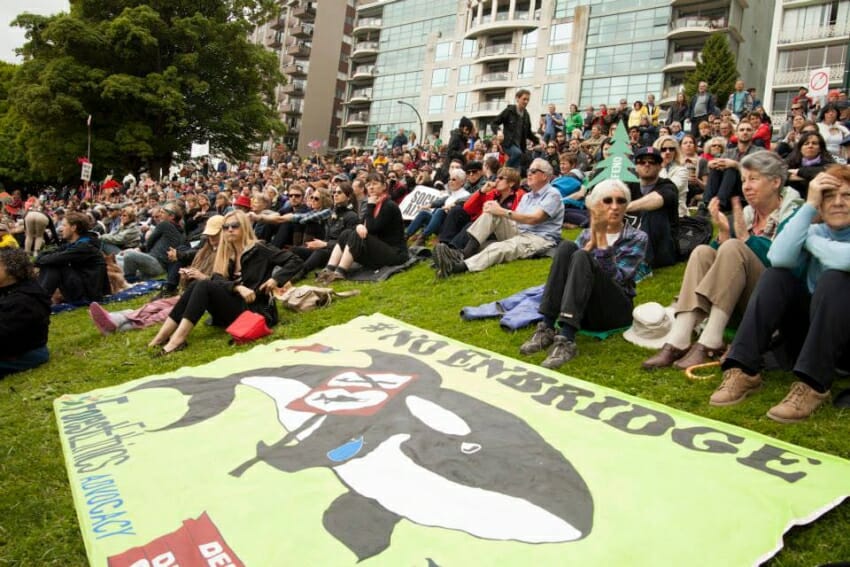 Notley wanted to build one federally approved pipeline with widespread Indigenous support. What did she get instead? Lawsuits and protests. Great job, everybody

Under Rachel Notley, oil country extended the olive branch at great personal expense to itself, but even the NDP government was tarred as a bunch of duck-killing, planet-destroying, neocolonialist knuckle-draggers.

So, the Alberta NDP lost the election. They probably would have lost anyway, but the fact remains that one of the biggest factors dragging down Rachel Notley was her inability to get construction underway for the Trans Mountain pipeline. There was a brief, shining moment where Alberta – Alberta! – was unilaterally imposing a carbon tax, shutting down coal power plants and wasn’t scared to speak of a future that would eventually phase out oil sands production. She even got oil companies on board with this. And this was a pretty risky tactic in Alberta. It wasn’t all that long ago that the province had mainstream political parties who maintained that climate change was a hoax.

So what was the reaction to Rachel Notley from environmentalists? F———- YOU. I’m paraphrasing, but come on: Notley wanted to build one pipeline. One federally approved pipeline with widespread Indigenous support in her home province that wasn’t even a new pipeline: It was just an expansion of an existing pipeline. What did she get instead? Lawsuits. Protests. Unconstitutional threats from B.C. to unilaterally shut it down. And failing all that, senior politicians threatening to get arrested to stop it.