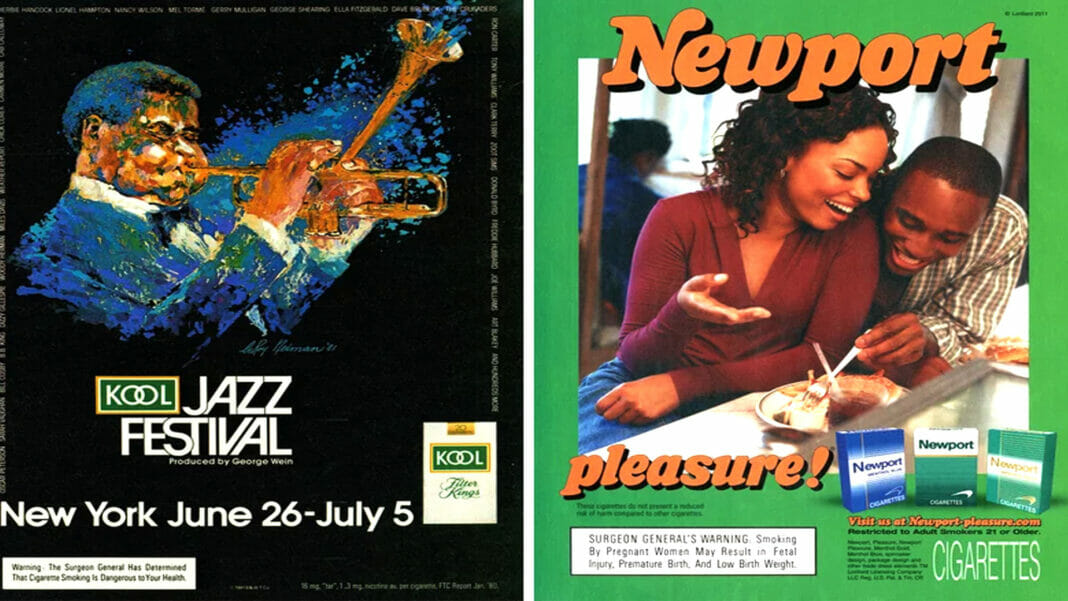 There’s an ad for Newport cigarettes from 2011 that features a young Black couple, smiling and flirting over a plate of burger and fries.

Beneath them simply reads the tagline “pleasure!” A different ad in this campaign has another young Black couple, smiling over a park fence by some rafters while one of them holds a cigarette.

Another ad features, yes, another young Black couple smiling and laughing – this time at a coffee shop.

Menthol cigarettes have been historically heavily marketed toward Black Americans. And that’s had a strong enough impact that when the Food and Drug Administration proposed a ban on menthol cigarettes yesterday, the agency specifically noted that the move would save the lives of 92,000 to 238,000 African Americans.

In 1964, federal regulators barred tobacco companies from advertising to their key youth demographic. That meant no advertising on college campuses. No handing out free loose cigarettes to people under 21. “It’s then that the industry began to pivot aggressively towards targeted marketing in Black communities,” said Wailoo.

‘We should do anything to stop people smoking – including e-cig...

E-cigarette users who test positive for COVID-19 are more likely to...