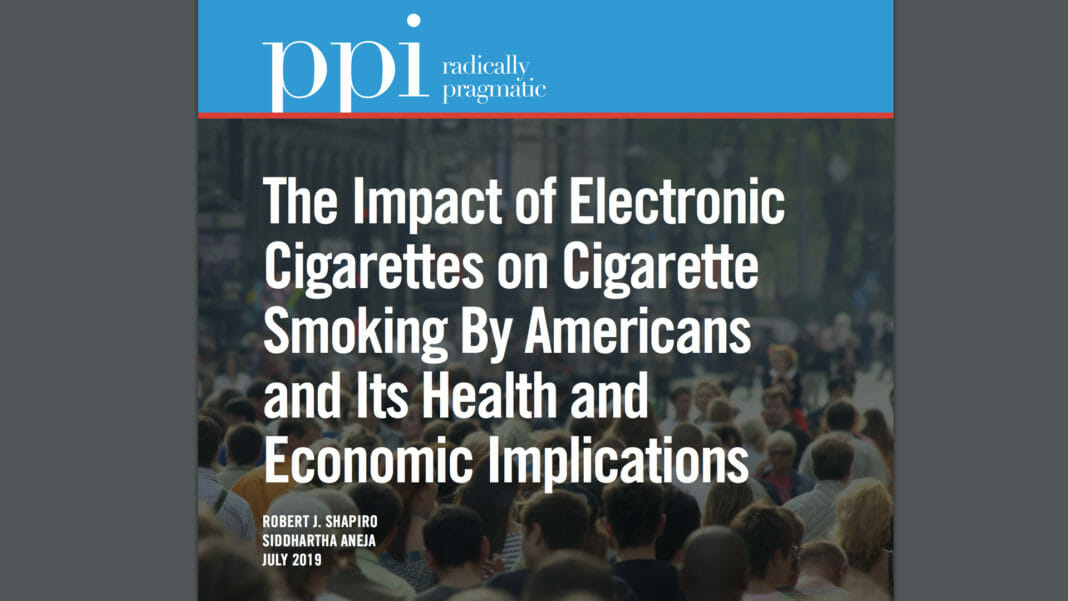 Cigarette smoking by Americans declined steadily from the mid-1960s to around 2005, when this progress began to slow. From 2013 to 2017, however, cigarette smoking rates fell sharply, during a period in which the use of electronic cigarettes or e-cigarettes increased sharply. This study examines the connection between these two developments and the implications.

The following year, Congress passed the “Federal Labeling and Advertising Act of 1965” directing cigarette manufacturers to post health warning labels on all cigarette packaging. Since then, the federal government, American Cancer Society, the American Heart Association, the American Lung Association and other organizations have conducted continuing, large scale public education campaigns encouraging Americans to quit smoking or resist taking up the habit.

In fact, all forms of smoking fell markedly from 2011 to 2017 with one exception: From 2011 to 2017, while cigarette smokers fell from 19.0 percent of adults to 14.0 percent, the use of electronic or e-cigarettes more than doubled from 1.3 percent to 2.8 percent. Larger declines in cigarette smoking and greater increases in e-cigarette use occurred among young Americans.

Fake News | Do Mixed Messages On Vaping Put Lives At...

Brent Stafford
Reality is stark and often quite difficult to acknowledge. But, ignoring the appalling state of public opinion towards the potential health...

Obscuring Truth | Did CDC and FDA Fail the Public in...