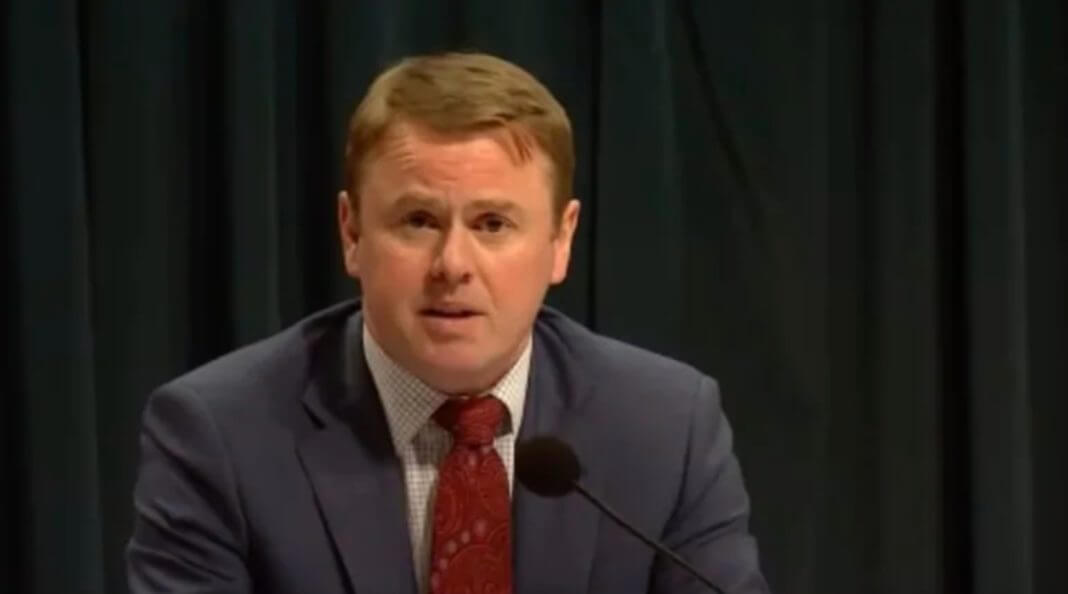 A rapid rise in youth vaping is prompting the Alberta government to restrict access to and advertising of the products in the province.

Health Minister Tyler Shandro tabled a bill in the legislature on Tuesday that prohibits minors from possessing, buying or using vaping products in Alberta, or risk a $100 fine.

“No one actually knows yet all the health harms from vaping, but the recent emergency of vaping-associated lung illnesses and deaths is a warning,” Shandro said at a news conference Tuesday. “Vaping is not a harmless behaviour without short- or long-term consequences.”

The government pointed to data from student drug-use surveys that found in 2018-19, 30 per cent of Alberta high school students said they had used vaping products during the previous month. That was up from eight per cent of high schoolers five years earlier.

Should it pass, Bill 19 would disallow sales of vaping products to anyone under age 18 and require anyone who looks under 25 to show ID at the till. The approach is to apply similar rules to vaping as tobacco products.

Sales of e-cigarettes, liquid cartridges and other vaping products would be banned in health facilities, public post-secondary institutions and any retail store with a pharmacy inside. Vaping products and cigarettes could not be sold at mobile kiosks or in vending machines.

As with cigarettes, stores selling vaping products would have to get rid of any advertising or promotion for the products and keep them out of sight before a customer buys them.

Violating display or advertising rules could net a business a $500 fine. Giving vapes to a child or teen would also earn an offender a $500 fine.

Alberta will be the last of the 10 provinces to adopt vaping legislation, should the bill pass.

Although the Alberta government promised a 20-per-cent tax on vaping products in the February 2020 budget, the United Conservative Party government has yet to introduce legislation to collect the tax and has no immediate plans to do so, said a spokesperson for the finance minister.

Adult-only specialty stores for vaping products would be exempted from the display and advertising rules.

The government stopped short of cracking down on flavoured vaping products and, instead, plans to give itself the power to write regulations in the future, should legislators wish to. Shandro said the government isn’t sure if it will go there.

He questions why products come in cotton candy, bubble gum or cherry chocolate flavours if they’re not supposed to be targeting children.

“That is such an important part of why kids are taking up vaping and in large numbers,” he said.

Shepherd also wants the Alberta government to emulate B.C. by limiting the amount of nicotine allowed in vape products. The federally permitted limit is 66 milligrams per millilitre. In B.C., the allowed concentration is 20 mg/ml.

Allan Rewak, executive director of the Vaping Industry Trade Association, said he was happy to see the Alberta government take a targeted approach to keep the products away from kids.

Rewak, a former smoker who now vapes, said adults should have access to the products as a harm-reduction strategy to wean themselves from nicotine addictions.

He said he doesn’t want kids to start vaping, and he supports keeping products out of locations with pharmacies and away from where children gather.

Given evidence that secondhand vapours appear not to be as damaging as secondhand smoke, there should be outdoor spaces where adults can vape, Rewak said.

“We need to ensure there’s enough latitude for folks who are on the path to quitting smoking to really continue that journey,” he said.

If passed, the bill would also amend the Tobacco and Smoking Reduction Act to expand public places where both smoking and vaping are disallowed. It would disallow product use on hospital, school and child-care properties, playgrounds, sports fields, skate and bicycle parks, zoos, outdoor theatres, public pools and spray parks.

If tobacco use remains at current rates, it’s anticipated to cost the provincial health system an additional $6 billion during the next four years, according to the government.

Many Alberta municipalities and school boards already limit where people are allowed to smoke, vape or use cannabis.

If the legislature approves the bill, the government intends to make the law effective in fall 2020 after it has had time to write additional regulations.

The proposed changes are based on recommendations from a fall 2019 review of the Tobacco and Smoking Reduction Act. The results of that review were also released Tuesday.

The review, led by Calgary-Klein MLA Jeremy Nixon, surveyed 9,500 people about tobacco and vaping use and held 41 consultations sessions with 250 people.

Although several vaping product manufacturers are registered lobbyists in Alberta, Shandro said he did not meet with any of those involved with the file.

“We also respect that there must be a balance — a balance between restricting the availability and promotion of vaping products to our youth while making them available to adult Albertans who are trying to quit smoking,” Shandro said.

With files from Michelle Bellefontaine