It’s not often that a government agency admits that its mission is doomed, but that’s what the Massachusetts Department of Revenue’s Illegal Tobacco Task Force is doing with regard to the state’s new ban on flavored tobacco products. As a consequence of severely restricting flavored vaping products, flavored smokeless tobacco, and menthol cigarettes, “the Task Force expects there will be an increase in smuggling activity and black market sales,” it admits in its latest report.

But don’t expect the Bay State’s official busybodies to throw in the towel; to the contrary, they want expanded enforcement power. All we get is an acknowledgment that even the prohibitionists know they’re spinning their wheels.

That the new ban is counterproductive was obvious from day one, when it was passed amidst much huffing and puffing about protecting state residents—especially the young ones—from the alleged dangers of vaping.

“Massachusetts has taken important steps to protect its residents from the emerging public health risk posed by vaping products, and with the new law signed by Governor Baker and the introduction of today’s regulations, we continue to prioritize actions that protect the public health,” Public Health Commissioner Monica Bharel proclaimed in a December 2019 press release. 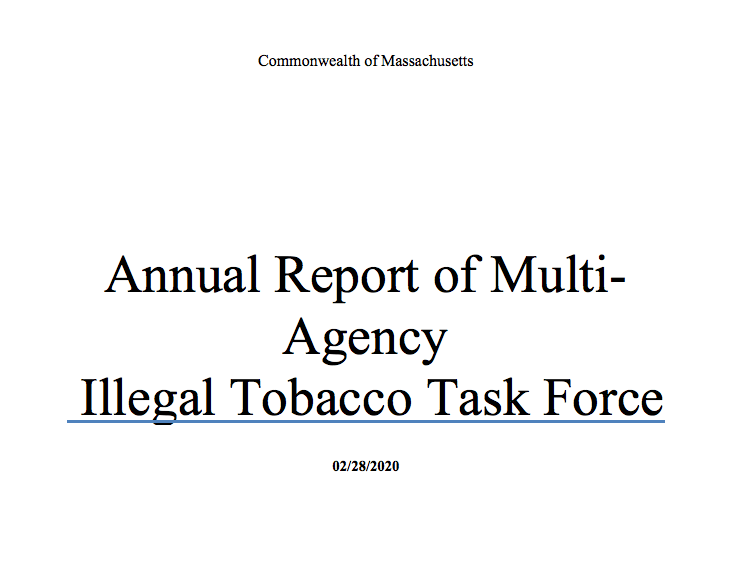 Brent Stafford - September 24, 2022
Canada’s new excise tax on nicotine vaping products is days away from implementation, and the ramifications could be disastrous. Excise taxes are known as...

HARD TO SWALLOW | E-Cig Policy Compromises That Could Save Lives...

Market Research Report Estimates E-Liquid Market Will Be Worth $3.4 Billion...