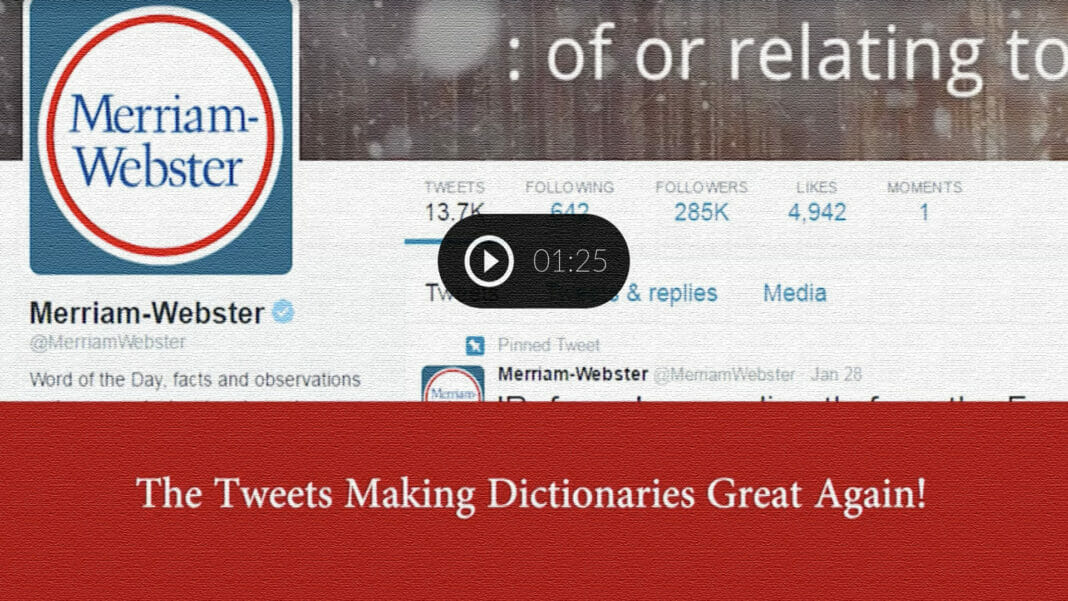 The Merriam-Webster dictionary updated its definition of the word “preference” on Tuesday, to include that the word is considered offensive when referring to someone’s sexual orientation.

The change came following Amy Coney Barrett‘s use of the term during day two of her Supreme Court confirmation hearings, and was noticed immediately by journalist Steve Krakauer, who took to Twitter to highlight the recent update of the definition.

“As recently as last month, Webster’s Dictionary included a definition of ‘preference’ as ‘orientation’ or ‘sexual preference.’ TODAY they changed it and added the word ‘offensive.’ Insane—I just checked through Wayback Machine and it’s real,” Krakauer tweeted on Tuesday. 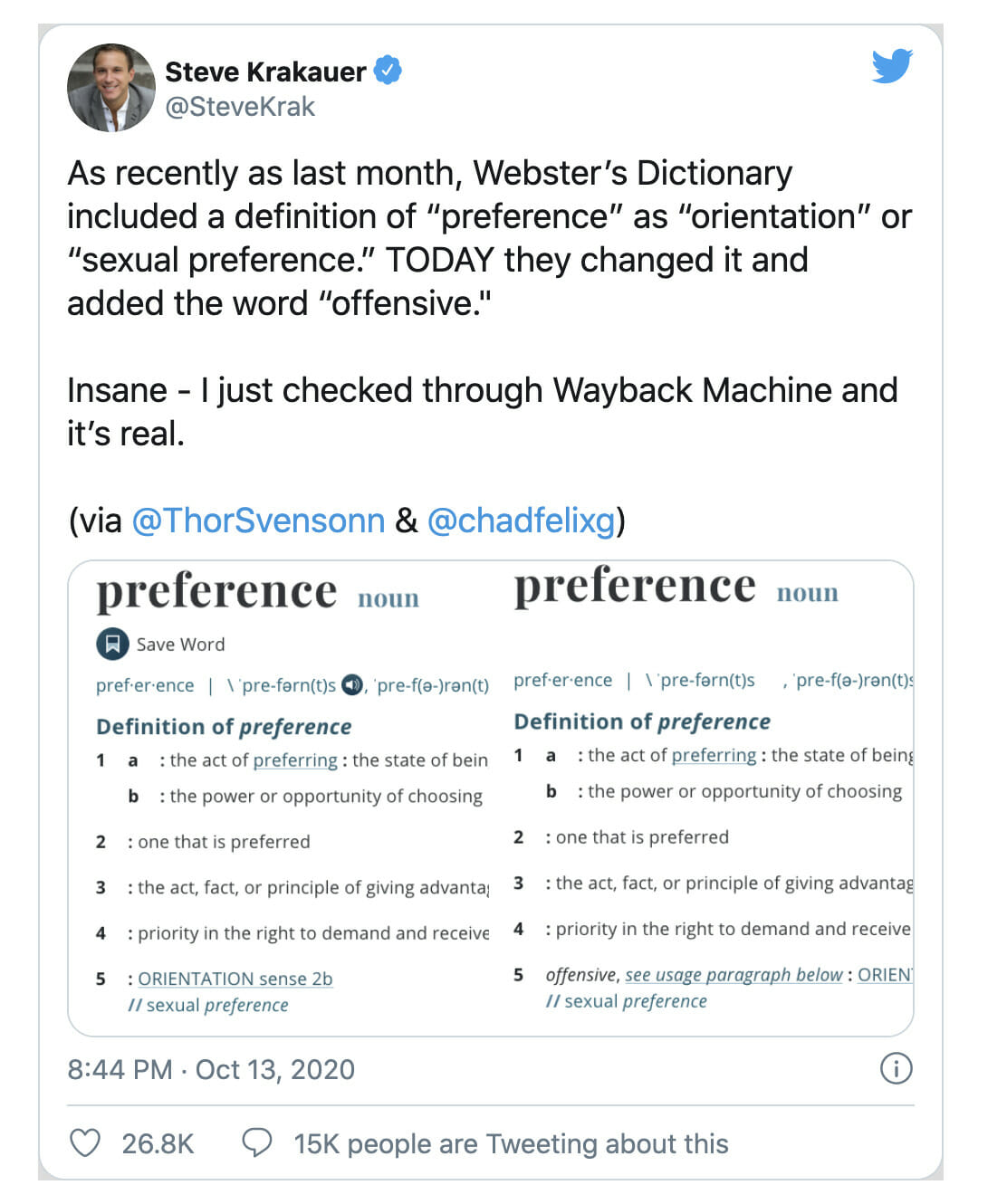 On Merriam-Webster’s online dictionary, a slew of meanings are listed under the noun “preference,” including “the act of preferring: the state of being preferred”; “the power or opportunity of choosing”; “one that is preferred”; “the act, fact, or principle of giving advantages to some over others”; “priority in the right to demand and receive satisfaction of an obligation” and lastly, “offensive: ORIENTATION sense.”

Take a quick scroll down the page and you’ll find the dictionary’s explanation regarding the “offensive” usage of the word. For that sense, Merriam-Webster notes, “used to refer to sexual orientation is widely considered offensive in its implied suggestion that a person can choose who they are sexually or romantically attracted to.”