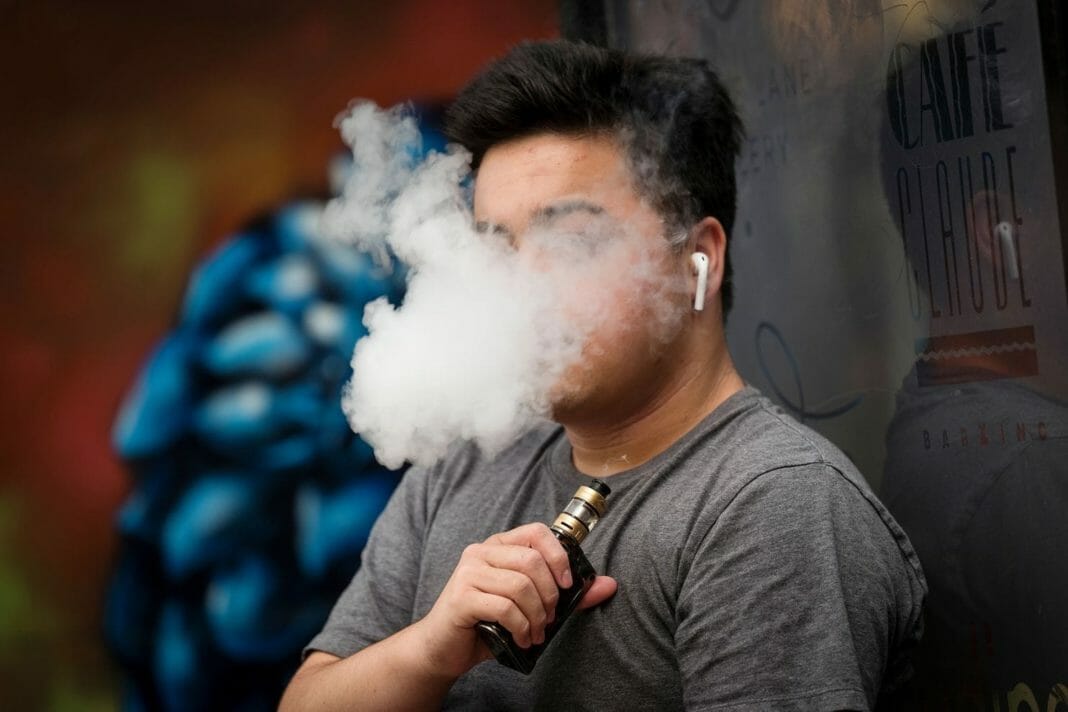 Michigan on Wednesday became the first state in the nation to ban flavored e-cigarettes, a step the governor said was needed to protect young people from the potentially harmful effects of vaping.

Gov. Gretchen Whitmer (D) said in an interview Tuesday that she ordered the ban after the state health department found youth vaping constituted a public health emergency. The action was officially announced Wednesday.

“My number one priority is keeping our kids safe and protecting the health of the people of Michigan,” Whitmer said.

Whitmer complained that e-cigarette companies are using sweet flavors, such as bubble gum and “fruit loops,” to hook young people on nicotine, with potentially adverse consequences. Besides sweet flavors, the prohibition will also apply to vaping products that use mint and menthol flavors. It does not cover tobacco-flavored e-cigarettes, the governor’s aides said.

The ban, which covers both retail and online sales, will go into effect as soon as the health department issues rules, sometime in the next 30 days. It will last for six months, and can be renewed for another six months, according to the governor’s aides. In the meantime, they said, the health department will develop permanent regulations banning flavored e-cigarettes. The legislature could try to block those rules, but would face a veto, they added.

Whitmer also barred what she called misleading descriptions of vapor products as “clear,” “safe” and “healthy” and ordered the enforcement of an existing ban on billboard advertising for e-cigarettes.

While Michigan is the first state to prohibit sales of flavored e-cigarettes, several cities and communities have moved to restrict or ban sales of e-cigarettes. In late June, San Francisco became the first major city in the United States to ban the sale and distribution of all e-cigarettes; the ban goes into effect early next year.

On Wednesday, vaping advocates denounced the Michigan ban as misguided and predicted it would lead to a massive black market for the banned products.

“This shameless attempt at backdoor prohibition will close down several hundred Michigan small businesses and could send tens of thousands of ex-smokers back to deadly combustible cigarettes,” Greg Conley, president of the American Vaping Association, a consumer group, said in a statement.

“These businesses and their customers will not go down without a fight,” he added. “We look forward to supporting the lawsuits that now appear necessary to protect the right of adults to access these harm reduction products.”

While many vaping advocates concede the long-term effects of e-cigarettes are not known, they say vaping is almost certainly safer than traditional smoking, which causes the deaths of more than 480,000 people a year in the United States.

The state Department of Health and Human Services, in declaring youth vaping a public health emergency, cited studies showing vaping products contain a variety of chemicals and metal particles whose long-term health impact is unknown. It also noted that nicotine can affect the developing brain and pointed to studies indicating that young people who vape are more likely to start smoking regular cigarettes.

Health advocates welcomed Whitmer’s move. Nancy Brown, chief executive of the American Heart Association, called the action “bold and appropriate.” She added that “in the absence of robust regulation by the Food and Drug Administration, we know shockingly little about the health impact of e-cigarettes being widely marketed to youth and adults.”

Whitmer’s order comes amid a recent spate of serious lung illnesses, including one death, that have been linked to vaping. State and federal officials have said they are focusing closely on possible contaminants or counterfeit substances in black-market marijuana products. But they also have stressed they have not ruled out any vaping products, including nicotine e-cigarettes.

[He went from hiking enthusiast to ‘on death’s door’ within days. Doctors blamed vaping.]

Last year, federal officials reported a surge in vaping among middle and high school students, prompting the Food and Drug Administration to propose sales restrictions on many flavored e-cigarettes. The proposal, which has not been finalized, would bar sales of sweet and fruity kid-friendly vaping products in stores that allow minors or that don’t have separate adults-only sections. In addition, it does not cover menthol or mint-flavored products.

A spokesman for Juul Labs, which dominates the e-cigarette market in the United States, said the company strongly agrees with Michigan officials that actions are needed to reduce youth use of vaping products. The company has voluntarily stopped selling most flavored e-cigarette pods in traditional retail stores and is implementing strict age-verfication standards.

But Juul is still selling mint- and menthol-flavored pods in stores, a point of contention with anti-vaping groups that say young people are fond of the mint-flavored products. The Juul spokesman said that the company believes menthol e-cigarettes should be available to encourage smokers to switch from conventional menthol cigarettes.

Curate RegWatch
In the USA, states have enjoyed decades of revenue from the sale of tobacco cigarettes.  The money was supposed to repair some...

The Death of Smoking: Is Vaping Killing Combustibles?

Are e-cigarettes beneficial to public health?

Do Vapers Eat their Young?