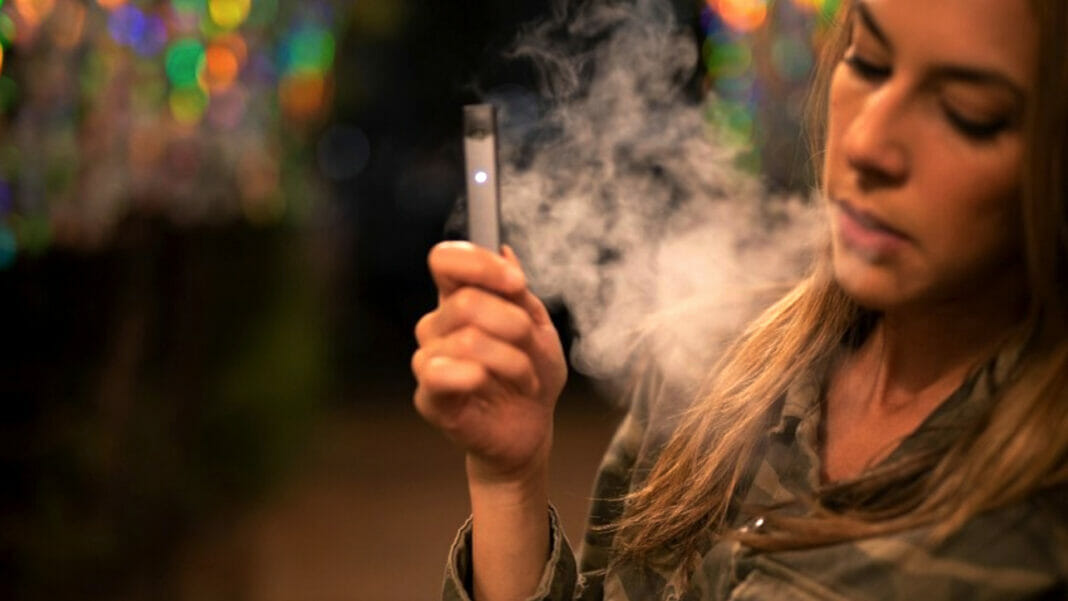 More than one in 10 women in the United States say they smoke cigarettes or e-cigarettes, according to figures released Thursday by the Centers for Disease Control and Prevention.

However, use of tobacco products varies from state to state, with just under 7% of women in California reporting cigarette or e-cigarette smoking, but as many as 75% of those in West Virginia doing so, the data showed.

About 20% of women in Kentucky and Oklahoma report tobacco use, while smoking rates are about 15% or more in many states: Alabama, Arkansas, Indiana, Iowa, Kansas, Maine, Mississippi, Missouri, Montana, Nebraska, North Dakota, Ohio, Pennsylvania, South Dakota, Tennessee, Wisconsin and Wyoming, the agency said.

Current tobacco use is highest among women ages 45 to 64, at just over 14%, and among those of American Indian and Alaska Native origin, at 21%, according to the CDC.

Curate RegWatch
Amid growing health concerns over e-cigarettes, Apple will remove all 181 vaping-related apps from its mobile App Store this morning, Axios...

Support a Citizen’s Petition to FDA for delaying the PMTA deadline...