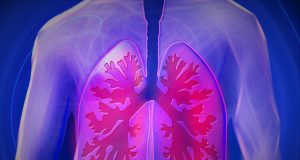 A recent study published online by Pediatrics, found that most teens diagnosed with the infamous vaping-related respiratory disease EVALI, also had gastrointestinal symptoms and a history of psychosocial factors, such as substance abuse.

“This is the first study on teens and EVALI from UT Southwestern, and one of the first in the country regarding clinical features of EVALI in the pediatric population,” said study author Devika Rao, M.D., a pediatric pulmonologist at Children’s Health and assistant professor of pediatrics in the division of respiratory medicine.

Rao pointed out GI symptoms in these teens were as common as their lung injury symptoms. “We found that teenagers often presented with GI symptoms, which were just as frequent as respiratory symptoms. In some cases, these teens had abdominal CT scans that ended up showing abnormalities in the lung, which was the first clue of lung injury.”

Additionally, she added, there was a larger proportion of these patients than reported who were female and hispanic. “It may be that in the adolescent population these groups are more vulnerable to risky behaviors than what was previously thought. This serves as a reminder to clinicians that a teen with EVALI is not necessarily always going to be white and male.”

Curate RegWatch
The purpose of this study was to examine the prevalence and effects of current smoking on adverse outcomes among hospitalized COVID-19...

Former FDA chief: “Juul should be pulled off the market entirely”

What are you really vaping? We tested six vaping products