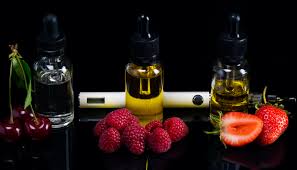 The study comes as New Zealand’s bill to regulate vaping sits on Parliament’s Order Paper waiting to progress. The bill rules that general retailers, such as dairies, supermarkets, and service stations, would be allowed to sell only three flavours – tobacco, mint and menthol.

The study titled ‘Associations of Flavoured e-Cigarette Uptake With Subsequent Smoking Initiation and Cessation’ has been published on Jama Network – Journal of the American Medical Association.

“We just want our Government to follow the evidence, not the emotion. As the researchers conclude ‘increasing smoking cessation among individuals aged 18 to 54 years has substantive implications for population health’. The way to achieve that is to ensure a wide range of vape flavours are available to smokers keen to quit deadly tobacco. Adults love flavours and they work!

“We urgently call on MPs not to let this bill pass in its current form. Yes, to heavy restrictions against youth access and world-leading product safety standards, but no to limiting flavours to just specialist vape stores. That only supports the tobacco industry,” says Mr Pryor.

Curate RegWatch
The industry's fate depends on the whims of an agency charged with deciding what is "appropriate for public health." When the Food...

Vaping: One of the Best Ways to Trash Your Lungs and...