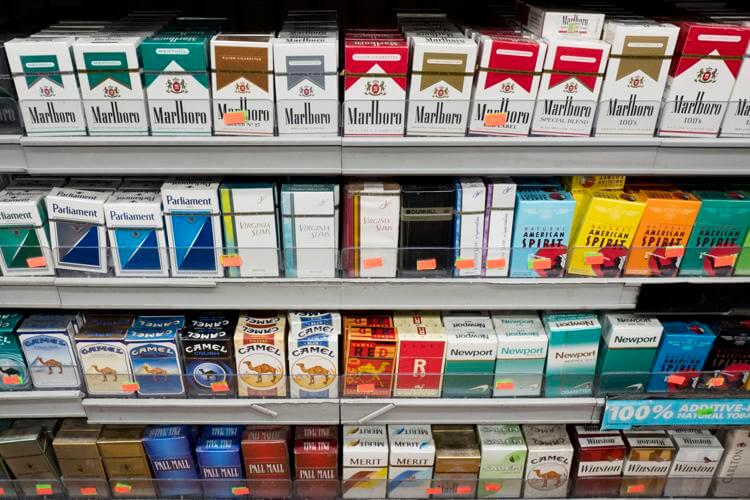 The introduction of two Newport styles in recent months boosted overall sales volume for traditional cigarettes by 1.8% for the four-week period that ended June 13, according to the latest Nielsen survey of convenience stores.

That’s a reversal from the period that ended May 16, which saw a 0.3% decline. Cowen & Co. analyst Vivian Azer said Thursday that without the new Newport styles, the category would have declined 1.5% during the period. As a result, consumer demand for tobacco products during the COVID-19 pandemic continued its roller-coaster trend into June.

With the Big Three tobacco manufacturers having raised the price of their traditional cigarettes Sunday, the sales volume could continue to increase in the next report. Goldman Sachs analyst Bonnie Herzog reported that Philip Morris USA raised its list price by 11 cents a pack for Marlboro, including Marlboro HeatSticks, and eight other brands. It is typical that R.J. Reynolds Tobacco Co. and ITG Brands LLC also raised their prices by a similar amount.

Traditional cigarettes had $58.85 billion in sales at convenience stores over the past 52 weeks, representing 80% of all U.S. tobacco sales. Moist snuff and chewing tobacco were at $6.56 billion and 9%, while electronic cigarettes were at $4.54 billion and 6%, and cigars at $3.31 billion and 5%.

When the first round of stay-at-home orders were issued by numerous governors in mid-March, including North Carolina Gov. Roy Cooper, to slow the spread of the COVID-19 virus, the sales volume of traditional cigarettes rose 1.1% for the week that ended March 22. Those sales were generated primarily by consumers stocking up. That uptick had some anti-tobacco and anti-smoking advocates concerned that the coronavirus outbreak could reverse years’ worth of consumption decline during the social-distancing phase. After about two weeks of stockpiling, manufacturers experienced a 9.3% drop-off in sales volume by mid-to-late April before the volumes began to rise again.

Sales of electronic cigarettes were down 19.5% as the products continued to experience the ripple effect of recent federal regulatory changes that depressed the demand for closed-pod cartridges that provide the nicotine.

Overall e-cigarette sales-volume growth has declined steadily since Nielsen’s Aug. 10 report, when it was up 60.2% year over year.

Popularity of vapes and iQOS soars among youngsters

Curate RegWatch
‘Lung changes in those who use vapes on CT look like a snowstorm’ The popularity of trendy ways of smoking is growing...

WHO reports progress in the fight against tobacco epidemic

Picking Up the Pieces | Special Coverage of FDA’s Anti-Vaping Regulation...

Vaping Saves Lives | If You Smoke, Make the Switch Says...