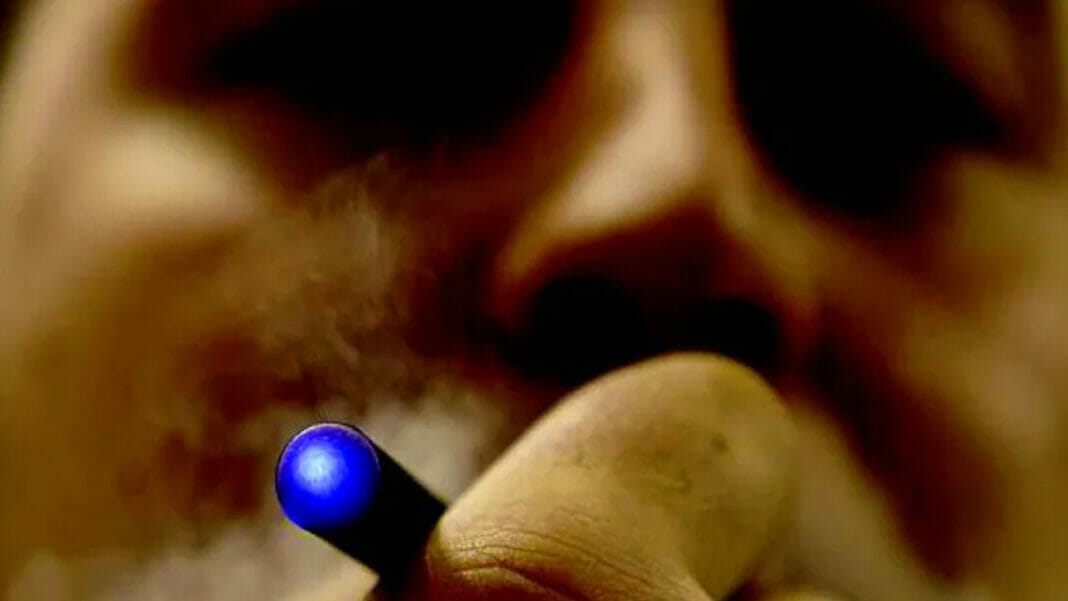 The ongoing conflation of vaping and tobacco industry e-cigarettes is an intentional misdirection and a dangerous one.

The strongest observation John Safran makes in his book Puff Piece is that the tobacco giant Philip Morris International has bastardised language to reinvent itself as a health and wellness tech start-up.

An example of such a linguistic contortion is PMI’s mission to ‘unsmoke the world’, with company CEO Jacek Olczak claiming their “objective is to fully leave cigarettes behind to one day become a smoke-free company.”

Intrigued by the absurdity of a leading tobacco company pledging to end smoking, Safran’s Puff investigates Philip Morris International’s efforts to influence Australia’s regulatory environment to introduce their next generation of tobacco devices, such as the much-maligned IQOS. Overlaid with Safran’s comedic asides, Puff Piece bears all the traits of his previous work: he weasels himself into a PMI shareholder’s meeting by buying shares in the company; hunts down e-cigarette representatives at conventions in New Zealand; and has philosophical chats with Father Bob and a Rabbi, asking whether employees of PMI are going to hell. (They aren’t.)

Curate RegWatch
Smoking, nicotine and Covid-19: What is going on? The world is enduring the worst crisis since the 1940s, and people are desperate...

Only a matter of time before Canada sees severe vaping-related issues:...