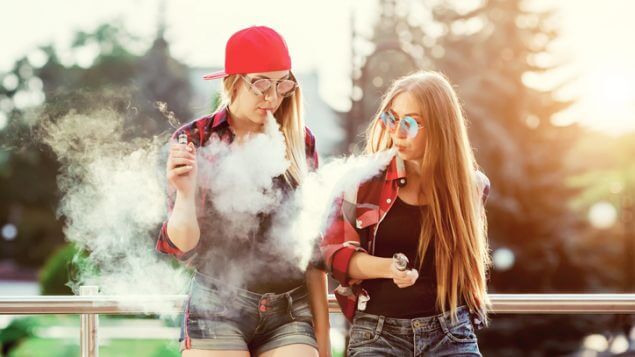 The additional rules were announced yesterday by federal health minister Patty Hajdu and will come into effect in August. The latest move is to further prevent vaping products from being advertised in any way that is likely to be seen or viewed by young people whether in actual stores or online outlets.

A press statement reads in part, “It will now be prohibited to advertise vaping products in public spaces if the ads can be seen or heard by youth, whether in brick and mortar stores, online or other media channels”.

Display or advertising will also be prohibited at point-of-sale areas  where young people have access. Sales in areas not accessible to youth will also now be required to include health warnings.

The new rules are designed to augment existing limitations on sale or advertising of vaping products. They were developed in reaction to vaping advertising on television, on social media and other digital platforms, at events, on outdoor signs and at points of sale following and in spite of, earlier restrictions on advertising which was deemed to be directed at minors.

A national study in 2018-19 showed 20 per cent of high school students had tried e-cigarettes in the last month which was double the rate in a similar survey in 2016-17.

In a statement, Minister Hajdu said, “We have been working with experts and all Canadians over the last months, with the goal of better protecting a new generation of young Canadians from the harms of vaping products. The changes announced today will address problematic advertising while we will continue to explore additional measures to reduce vaping”.

The new national regulations may be later augmented by further restrictions being considered on vaping product flavours, and requirements by vaping companies to provide information about their products including ingredients and research and development activities.

The new rules only affect cases where similar provincial rules are not in place.

Ontario  this month added its own new restrictions on vaping products, including flavoured products deemed to be designed to attract young people. Most vaping products other than menthol, mint, and tobacco flavours, will now only be allowed for sale in specialty vaping stores and cannabis outlets, both of which require customers to be aged 19 and older. Products with nicotine levels higher than 20 mg will also be relegated to the specialty shops.

Any indoor vaping displays cannot be visible from the street. Vaping products were banned from convenience stores and gas stations in the province earlier this year.

Curate RegWatch
Grossly accelerating the deadlines and then repeatedly changing the already onerous requirements is unacceptable under any regulatory regime, but this is...