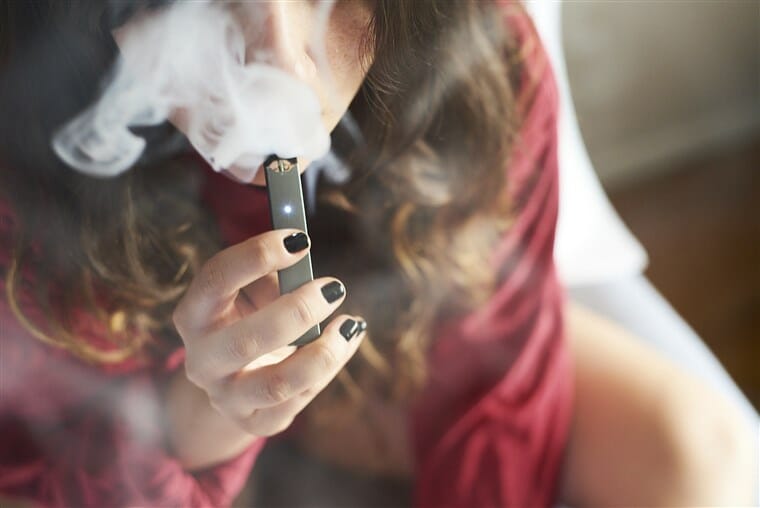 An issue that urgently needs Parliament’s attention is not on its radar — the addiction to nicotine of young Canadians through the use of vaping products. It must be.

Vaping products — or electronic cigarettes — have been sold in Canada for over a decade. Most contain nicotine, the addictive ingredient in tobacco products. Originally intended as stop-smoking aids, some smokers do use them to try to quit. Although health impacts from vaping may be less severe than those from tobacco use, there is sufficient evidence of their potential harm to suggest the need for a cautious approach to their legalization, marketing and use.

Meanwhile, new flavourings and nicotine formulations were making vaping products more attractive, and more dangerous, to our kids. An e-juice pod in one device especially attractive to teens — JUUL — can contain the nicotine equivalent of one pack of cigarettes. It does not take vaping many JUUL pods for many teens to be well on the way to nicotine addiction.

The danger first became clear recently in the U.S., where former Food and Drug Administration Commissioner Scott Gottlieb called youth vaping an “epidemic” last year. Gottlieb threatened vaping companies with market withdrawal of their products if they did not act to control the epidemic.

Addiction to nicotine is not the only risk young vapers run. Exposure to nicotine can damage the adolescent brain. It can also lead young addicts to smoking. Research published in the Feb. 1 Journal of the American Medical Association shows young vapers are four times more likely to go on to cigarette smoking, than non-vapers.

Are young Canadians similarly attracted to vaping? In 2017, before legalization, the national Canadian Tobacco Alcohol and Drugs Survey showed that 15 per cent of students in Grades 10 to 12 were vaping, up from 9 per cent in 2015. Unpublished Canadian data from an international research project shows that between September 2017 and September 2018, 16- to 19-year-old vaping increased even more dramatically.

The trend seems clear: Canada’s youth are vaping in new and alarming numbers.

Federal Health Minister Petitpas Taylor has voiced her concern and announced she intends to more strictly regulate vaping advertising soon. Regulation-making, however, can take months, if not years. The October federal election will further extend the process.

What to do? If parliamentarians want to protect our kids’ health and welfare, they can set aside the SNC-Lavalin imbroglio briefly and join together to amend the federal Tobacco and Vaping Products Act to prohibit vaping advertising, except as specifically permitted, with restrictions comparable to those for tobacco.

Collusion | Dirty Details of the Coordinated effort to Kill Vaping