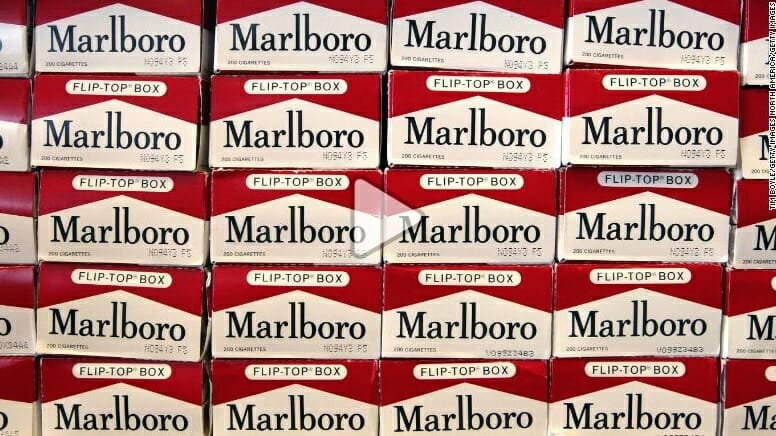 Philip Morris International, the company that sells Marlboro, Chesterfield, Parliaments and other brands internationally, thinks smoke-free products may be the solution to the company’s longstanding cigarette problem.

The company’s cigarette shipment volumes have faltered as more smokers ditch the habit. But shipments of the company’s heated tobacco devices, called IQOS, are soaring.
To bolster the trend, Philip Morris (PM) is leaning heavily into its “anti-smoking” effors. Earlier this month, the company launched a “Year of Unsmoke” campaign, which encourages people who don’t smoke not to start, those who do to quit — and those who can’t quit, to “change,” presumably by switching to IQOS.

So far, the efforts are paying off. In the first quarter of 2019, the company had “more than 10 million IQOS users worldwide,” CEO André Calantzopoulos said in a statement Thursday. He called the figure “an important milestone.” In that period, the shipment volume of PMI’s so-called heated tobacco units grew 20.2%.

Curate RegWatch
Michigan is set to become the first US state to ban the sale of flavored e-cigarettes, according to an announcement Wednesday...

Hold tobacco industry accountable for the harm caused by COVID-19

Is Vaping An Essential Service In Canada? | RegWatch