A industry consultation on how to approach regulating flavoured vaping products in Saskatchewan is underway.

A letter obtained by Global News asks stakeholders for comment “to determine how flavoured vapour products will be regulated in Saskatchewan.”

The letter, sent by the Ministry of Health, notes that while a number of vaping regulations came into force earlier this year, legislation pertaining specifically to flavoured products was left out. At the time, Health Minister Jim Reiter called those regulations “step one” and indicated more consultation was needed before addressing flavoured products.

A Saskatchewan health advocacy group, meanwhile, is hoping Saskatchewan follows the precedent some other provinces have set in banning flavoured vaping products altogether.

They plan to send statements on their position to the Ministry of Health later this week to coincide with the closing of the consultation.

“Our position, in the health field, is that all vape flavours are banned,” said Jennifer May, Saskatchewan Lung Association vice president of health promotion and government relations. “The lungs are meant for clean air period. Any time you put something other than clean air inside those lungs, we expect that there will be damage.”

May says the Lung Association is particularly concerned about the effects vaping products could have on youth.

“Saskatchewan can be a leader here,” she said. “We applaud the legislation that took effect earlier this year, but this is something they need to step up on. 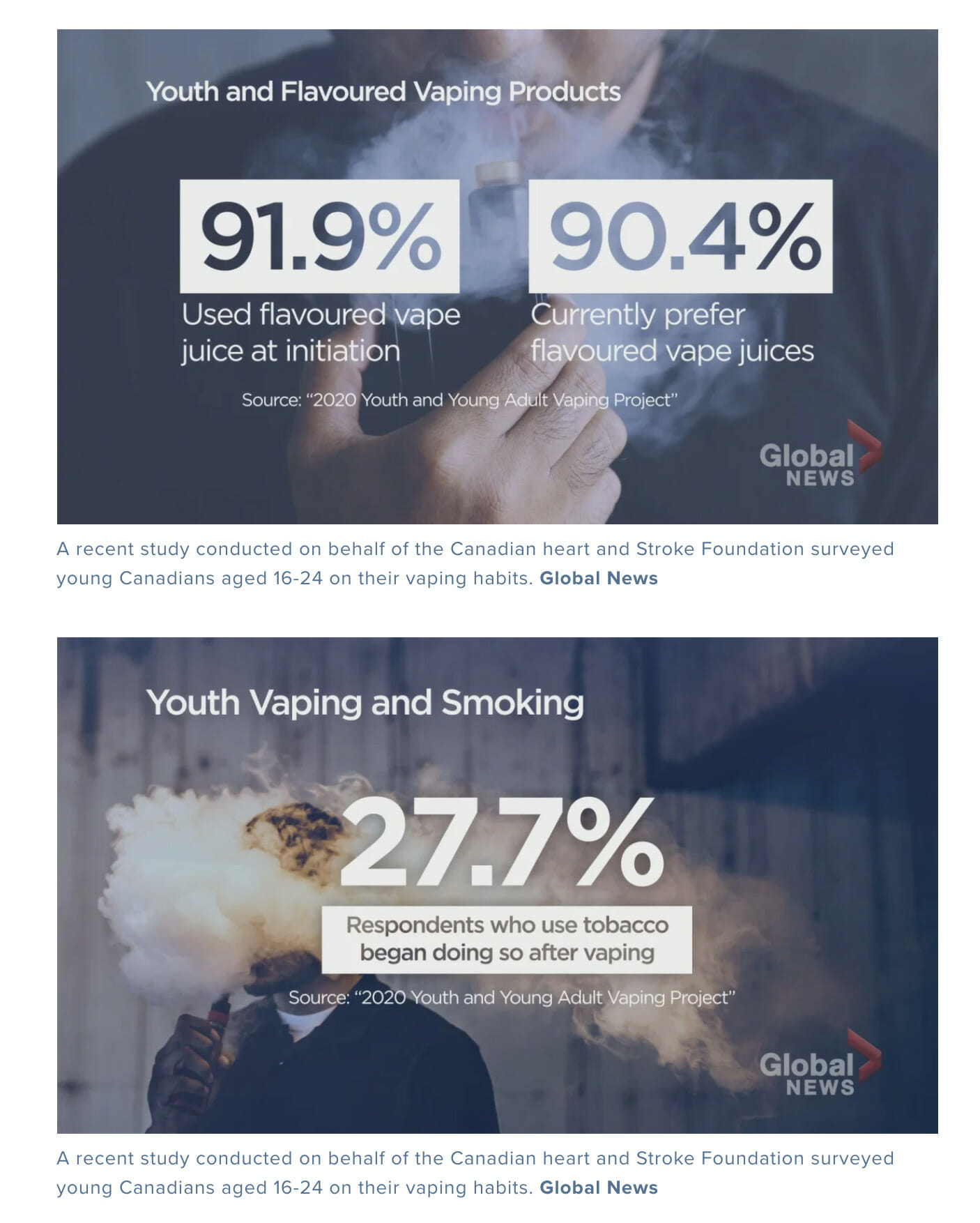 A recent study conducted on behalf of the Canadian Heart and Stroke Foundation surveyed youth aged 16-24 about their vaping habits.

The study found that nearly 92 per cent of respondents opted for a flavoured product when vaping for the first time. About 90 per cent said that flavour contributes to their vaping experience of choice.

Some believe the youth statistics are not coincidental.

“Without a doubt, flavours like bubble gum pink lemonade — they’re targeting youth because they’re like candy. They’re things youth like to eat and make for a fun vaping experience,” said Julia, an ambassador with the Saskatchewan Lung Association’s Youth4Change group.

May said the Lung Association’s main concerns with youth taking up vaping include potential addiction to or dependence on nicotine, which is found in many e-juices. She said her organization is also concerned that vaping could act as a gateway to smoking tobacco.

“They’re probably not thinking of smoking when they start, but it’s probably a natural turnover eventually,” said Jordan, a 16-year-old who is also a member of Youth4Change. “I think young people (who vape) are going to start having problems.”

Jordan said the Youth4Change group has been sending out postcards to Saskatchewan MLAs thanking them for action already taken on regulating vaping, but also asking them to consider further control.

The organization also lists nicotine poisoning, popcorn lung, pulmonary illness, and device malfunction as risks, and suggests more risk could be discovered as long-term use is observed. 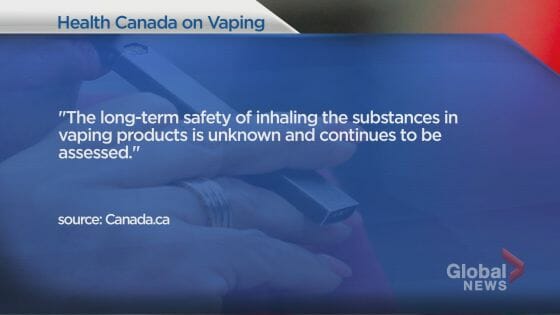 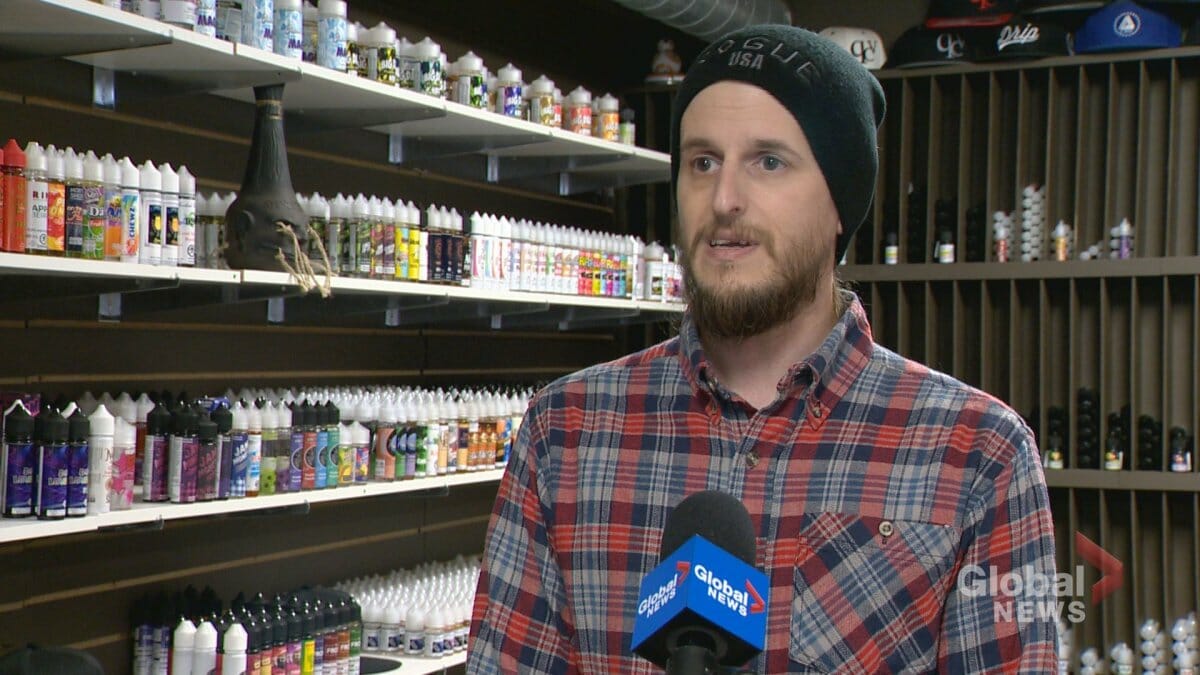 A local vape show owner, though, thinks an outright ban on flavoured vaping products could come with unintended negative consequences and said he plans to express as much in his response to the government consultation.

“Banning or limiting flavours, especially an outright ban, is harmful to adults who choose this product as a harm reduction product to get off of combustible tobacco,” Smider explained.

He suggested Saskatchewan follow the lead of other Canadian provinces which have restricted flavoured products to stores requiring ID at entry.

“Provinces such as BC and Ontario have limited flavours to adult-only specialty vape shops and have limited the nicotine concentrations to 20 milligrams outside of those shops,” Smider said, adding that he also has concerns of homemade concoctions or black market e-juice appearing if flavoured products are banned.

Documentation included with the consultation letter describes “flavoured vapour products” as “liquids in pre-manufactured cartridges loaded into a vaping device”.

The documentation outlines the approaches some other provinces have taken with regulating flavoured vapour products.

Brent Stafford - December 6, 2022
Content creators on YouTube are being forced into a terrible choice either self-mark pro-vaping content as “harmful & dangerous” or face a litany of...