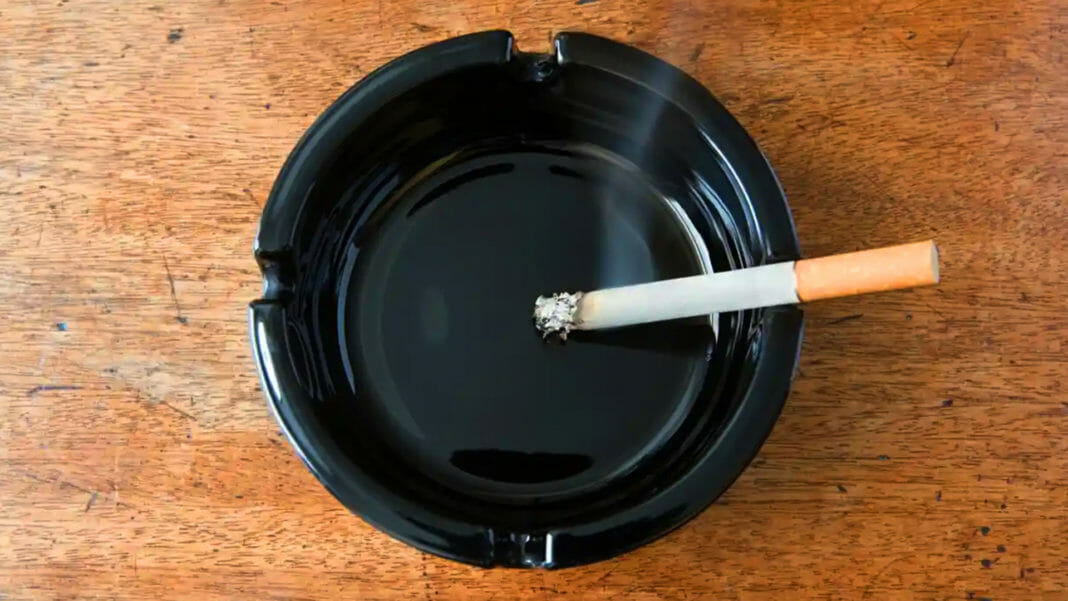 Average consumption down nearly a quarter since 2011, researchers find

Nearly 1.5bn fewer cigarettes have been smoked each year in England since 2011, research has found.

A study, funded by Cancer Research UK and published in the journal Jama Network Open, found average cigarette consumption fell by nearly a quarter between 2011 and 2018, with approximately 118m fewer cigarettes smoked each month.

The team at University College London (UCL) examined cigarette sales data as well as the monthly self-reported cigarette use from more than 135,000 people in the Smoking Toolkit Study.

The study found the number of self-reported cigarettes smoked monthly declined by 24.4%, backed up by sales data showing a 24.1% decrease on average over the seven-year period.

The study’s authors also found the amount of people smoking went down by 15% in the same period, meaning those who continue to smoke are doing so less.

The lead author of the study, Dr Sarah Jackson from UCL’s tobacco and alcohol research group, said: “It’s brilliant that over a billion fewer cigarettes are being sold and smoked in England every year. Studies like this help to give us an accurate picture of cigarette consumption so we know where we’re at and what more needs to be done.”

The researchers suggested the decline in consumption was encouraged by stricter laws on marketing and advertising of tobacco, designed to encourage people to quit smoking.

Over the past 20 years there have been multiple policy changes affecting the sale of tobacco, including the ban on billboards and print adverts in 2003, the indoor smoking ban in 2007 and the branded packaging ban in 2017.

Cancer Research UK said there was more to be done as it called for funding from tobacco companies for stop-smoking services and treatments.

“Big tobacco said that introducing stricter regulation wouldn’t work and campaigned against it but this is proof that smoking trends are heading in the right direction.

“But smoking is still the biggest preventable cause of cancer and certain groups have much higher rates of smoking, such as routine and manual workers, so we can’t stop here and think: ‘Job done.’”

He added: “Last month, the government committed to making the UK smoke-free by 2030. But stop-smoking services, which give smokers the best chance of quitting, have been subject to repeated cuts in recent years.

“We need the government to fix the funding crisis in local stop-smoking services. The tobacco industry could be made to pay for these services to clean up the mess their products have created.”

Curate RegWatch
A state investigation into vaping-related lung injury cases in Massachusetts has found that vape products used in six probable cases were...

E-cigarette Product Use, or Vaping, Among Persons with Associated Lung Injury...