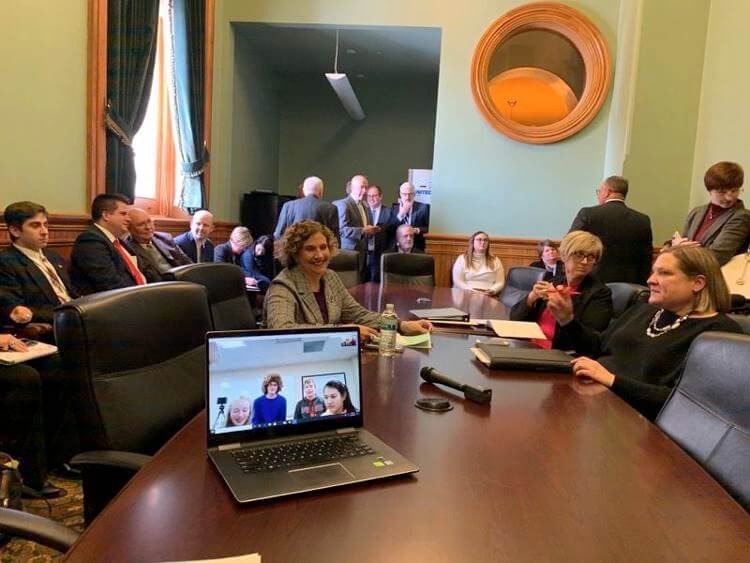 A two-year effort to help create a new state law has gained local students some notoriety.

A group of students at St. Joseph School researched and helped develop language in legislation that has been approved by both the Iowa House of Representatives and Senate. If signed into law by Iowa Gov. Kim Reynolds, the law would heighten regulations on vaping and tobacco products.

Senate File 2268 was approved 43-6 in the Senate March 4 and 84-14 in the House June 11. It proposes bumping the legal minimum age for tobacco buyers to 21 while placing misdemeanor penalties on retailers that violate it. Rep. Mary Wolfe, D-Clinton, opposed the bill. Rep. Norlin Mommsen, R-DeWitt, and Sen. Chris Cournoyer, R-LeClaire, voted in favor.

The bill also seeks to equalize the retail rules and penalties between the sale of vaping and tobacco products.

The students’ effort earned them an honorable mention for the Iowa Student Organization of Character Award given annually by Drake University. The Character Awards recognize students across the state who exemplify trustworthiness, respect, responsibility, fairness, caring and good citizenship.

The class is set to receive its award July 30 during a virtual ceremony.

According to St. Joseph eighth-grade teacher Brenda McKone, the class’ interest in the bill focuses on vaping. Their interest in the topic began in 2018 when DeWitt police officer Justin Witt met with the students and explained that vaping is the use of an electronic cigarette where, instead of inhaling smoke, the user inhales a chemical vapor. Witt spoke of the dangers associated with vaping.

Curate RegWatch
In the national conversation, vape shops are often punchlines or villains. But in the data, they are something else: a miraculous...