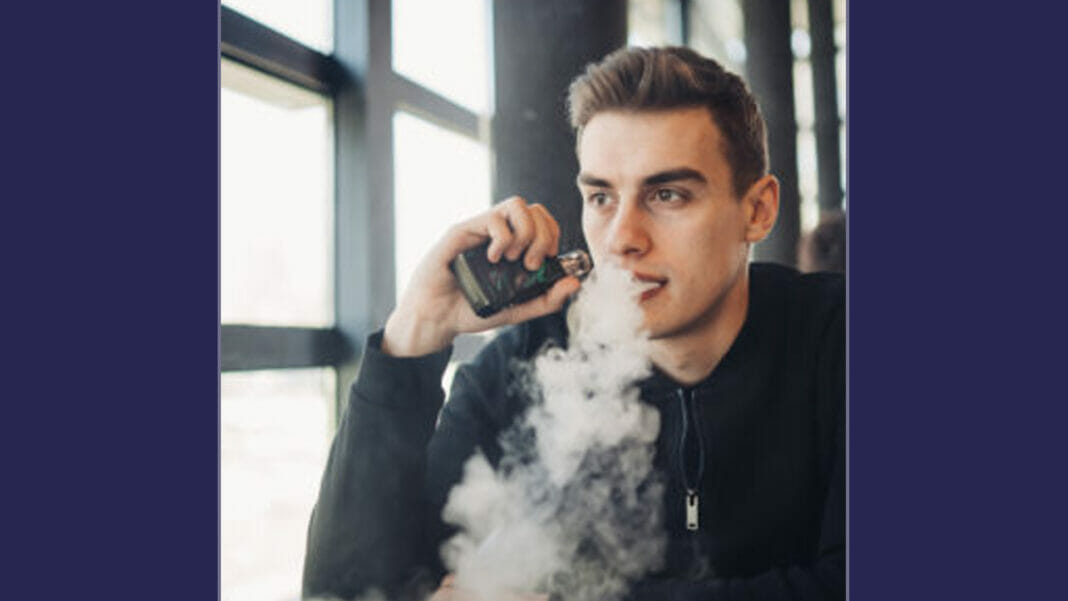 A survey of Western University students found that the rate of vaping among those age 17 to 19 was roughly six times higher than those age 26 and older.

Researchers say the results also show that male students were more than twice as likely to have vaped in the past month than female students.

“Most research to date has really focused on, in Canada, high school and even higher years of elementary school,” said Jamie Seabrook, associate professor in foods and nutritional sciences at Brescia, a university college affiliated with Western University.

“But we really don’t know a lot about vape use in post-secondary institutions in Canada per se. So I thought it would be interesting to look at the extent of vaping in university here at Western.”

The study results are based on data from a survey held before the COVID-19 pandemic, conducted in January 2020.

At that time, a 50-question survey went out to more than 38,000 students at Western University and its affiliated colleges, of which 2,626 students (6.8 per cent) responded. Within the survey, two questions were specific to vape use: one asking if respondents had ever vaped and the other asking about vaping frequency over the past month.

Top risk factors for vape use in the study were: male gender, alcohol use, cigarette use, cannabis use, cocaine use, and having many sexual partners (defined in the study as 16 or more).

“What my research is finding is those who vape are far more likely to engage in other substance risk-taking behaviour, whether that’s high alcohol use, cannabis. There was even a small proportion who were using cocaine on a regular basis,” Seabrook told Global News.

“There’s actually very little research that looks at long-term outcomes because vaping is still quite a new thing. So what we see is a lot of, you know, acute lung injury and things like that, but we just don’t know at this point.”

Seabrook is hoping that the results can be used by the university or the Middlesex-London Health Unit to target public health campaigns to “the most vulnerable students.”

The study added that there are three major limitations “that should be considered when interpreting the results,” including data captured cross-sectionally, “meaning that associations between potential risk factors and vape use were measured at one point in time;” the fact that 75 per cent of the sample consisted of female students; and the fact that the response rate of 6.8 per cent is considered low and it’s possible that “students more interested in the topic of risk-taking behaviours were the ones more likely to complete the survey.”

If You Can’t Give Up Smoking, Vape, Says Vascular Specialist

Curate RegWatch
Switching to vaping can be a safe first step on the way to giving up smoking, says one vascular physician –...

Vaping and Lung Inflammation and Injury

US Smoking Hits Record Lows. What Will Regulators Make of It?