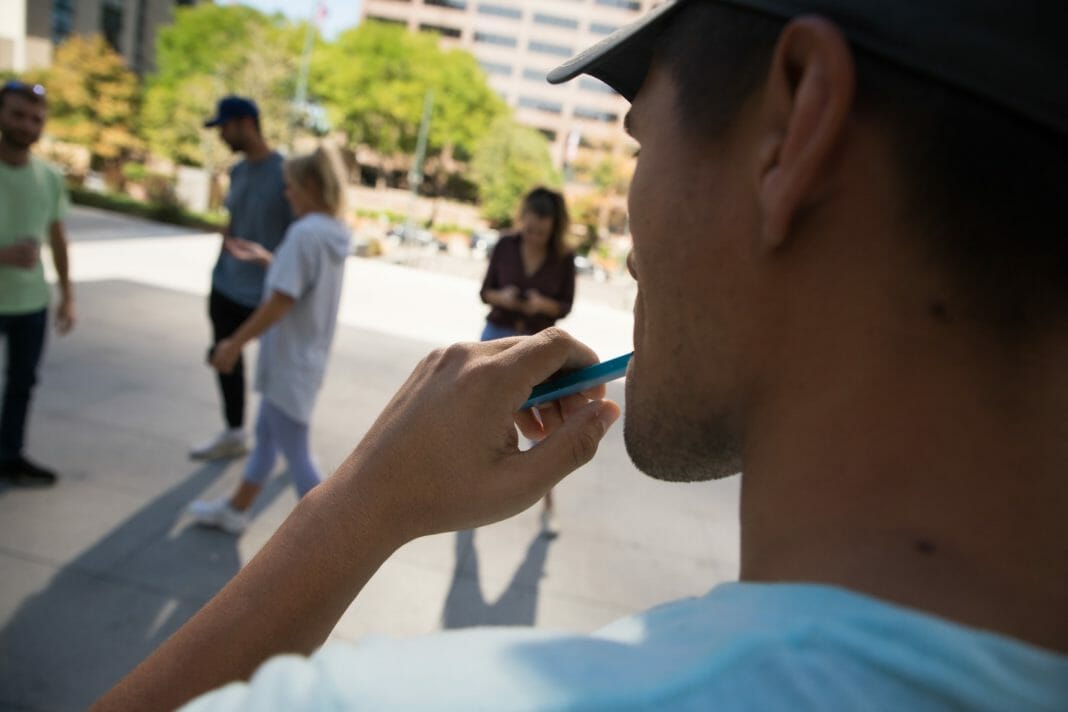 Preliminary figures from a national survey show that the prevalence of e-cigarette use among minors has doubled from 2017 through this year, despite national campaigns warning of the dangers.

The rate of vaping among teenagers continued to rise sharply this year, federal health officials said, suggesting that campaigns to curb e-cigarette use among minors are not working.

“It’s not good news at all,” said Dr. Nora Volkow, director of the National Institute on Drug Abuse, which decided to release the new vaping numbers from an annual survey conducted by University of Michigan researchers three months earlier than scheduled. “There has to be a policy that would make it much harder for teenagers to be introduced to vaping.”
Vaping prevalence more than doubled in the grades surveyed, eighth, 10th and 12th, from 2017 through this year.

Students who had vaped nicotine during the previous 12 months and those who had ever vaped nicotine also significantly increased in each grade this year over last year, the survey found.

The results were issued at a time when the number of mysterious vaping-related illnesses — after patients reporting using e-cigarettes, THC-products or both — has continued to increase. Nearly 400 cases of vaping-related sicknesses have been documented in nearly three dozen states, with some patients suffering acute lung illnesses. And a seventh death linked to vaping was reported in California this week.

[Is it time to quit vaping?]

The startling popularity of teenage vaping and the sicknesses have alarmed public officials. After presenting similar numbers on teenage vaping to President Trump, Alex M. Azar II, the secretary of health and human services, and other officials said they would draft a ban on most flavored e-cigarettes, including mint and menthol.

The leading e-cigarette maker, Juul Labs, and other vaping industry executives have said they are mulling whether to oppose part of any ban that would include mint and menthol, two top-selling flavors. But Mr. Azar pointed out that after many other flavors were pulled off the shelves, teenagers didn’t seem to stop vaping, but appeared to be shifting to mint and menthol.

“The flavor ban is reactive,” said Dr. Sharon Levy, an adolescent addiction expert at Boston Children’s Hospital. “It’s just a matter of time until companies figure out a way around it. We have to be more proactive.”

Trump now says not all vaping is bad

Curate RegWatch
President Donald Trump seemed to strike a different tone on vaping in a tweet Friday evening after announcing earlier in the...