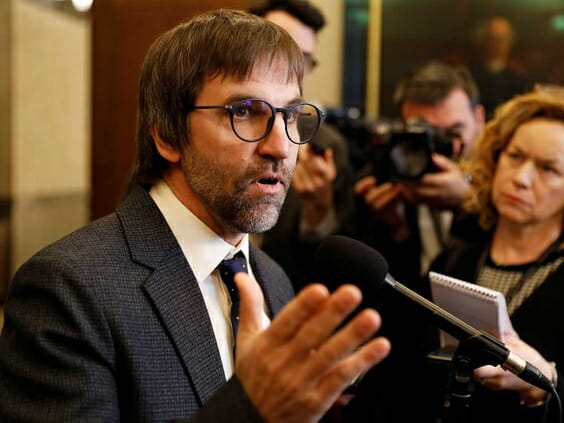 Steven Guilbeault — former Greenpeace activist, climate warrior, CN Tower climber and now Canada’s heritage minister — flew out of the Ottawa policy bat cave earlier this month to spread a little viral commentary on the global corporate malignancies know as Big Tech. Calling Facebook a “bully,” “immoral” and the tech equivalent of the “big polluters” and climate killers he fought in the past, Guilbeault seemed to be running advance interference for the Trudeau government’s looming plans to tax and regulate Google, Facebook and other tech companies.

Ottawa is expected to outline some aspects of its Big Tech attack in next week’s throne speech. The apparent trigger for Guilbeault’s multimedia appearances was news from Australia that Facebook would “stop allowing” news publishers and others from sharing local and international news if the government went ahead with its plan to force the social media giant to pay news publishers for the news and other media content that flows over the internet.

In a blog post on Aug. 31, Facebook’s managing director in Australia warned that Aussie regulators are drafting a competition policy that would require Facebook to negotiate with a cabal of Australian media corporations over how much money the tech giant should pay as compensation for some of the news content that runs on their platforms. “Assuming this draft code becomes law, we will reluctantly stop allowing publishers and people in Australia from sharing local and international news on Facebook and Instagram,” he wrote.

Brent Stafford
With the door now finally shut on the disastrous year of 2020, it’s time to reflect on how vaping and tobacco...