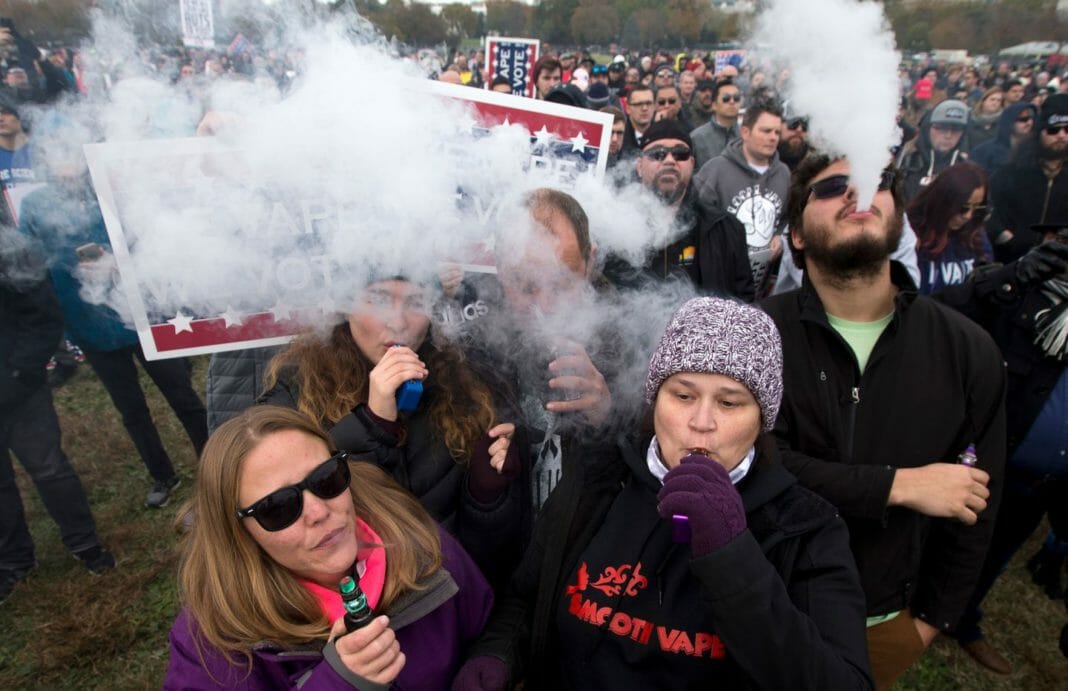 Everything seemed ready to go: President Trump’s ban on most flavored e-cigarettes had been cleared by federal regulators.

Officials were poised to announce they would order candy, fruit and mint flavors off the market within 30 days — a step the president had promised almost two months earlier to quell a youth vaping epidemic that had ensnared 5 million teenagers.

One last thing was needed: Trump’s sign-off. But on Nov. 4, the night before a planned morning news conference, the president balked. Briefed on a flight to a Lexington, Ky., campaign rally, he refused to sign the one-page “decision memo,” saying he didn’t want to move forward with a ban he had once backed, primarily at his wife’s and daughter’s urging, because he feared it would lead to job losses, said a Trump adviser who spoke on the condition of anonymity to reveal internal deliberations.

As he had done so many times before, Trump reversed course — this time on a plan to address a major public health problem because of worries that apoplectic vape shop owners and their customers might hurt his reelection prospects, said White House and campaign officials. He also believed job losses tied to the ban would cost him as he sought to trumpet economic growth. It was the latest example of the chaotic way policy is made — and sometimes unmade — in a White House where the ultimate decider often switches gears after making a controversial vow, whether on combating gun violence, pulling troops from Syria or promising to deliver an Obamacare replacement plan.

E-cigarettes above Ebola? How the WHO lost the plot