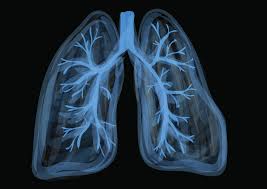 State health officials are seeing a dramatic decline in the number of people reporting lung complications due to vaping.

The Wisconsin Department of Health Services, which tracks vaping-related injuries, said there have only been eight confirmed or probable cases reported as of May 31. Last year there were 103 cases of severe lung disease among people who admitted to vaping, most at the peak of the teen vaping epidemic.

A DHS spokesperson said local health departments are still investigating cases as they come, but said: “the illnesses associated with vaping have tapered off.” State health officials said they don’t know the reasons for the decline but suggest it could be due to the changes in the formulation of THC vaping products and fewer people using them.

In 2019, CDC identified Vitamin E Acetate as the potential culprit behind thousands of vaping illnesses that sent several Wisconsin teens to the hospital resulting in significant lung damage. “People producing these THC products have learned from this and have really improved their manufacturing standards and are doing a better job of keeping out the Vitamin E Acetate out of the products,” said Dr. Megan Piper, a Researcher at the UW Tobacco Research Center.  Last year a DHS investigation found 89 percent of the 27 cases that reported lung disease due to vaping was tied to THC, the active ingredient in marijuana.

Another reason for the decline could be due to a flavor ban on Juul products and raising the tobacco age to 21 in Wisconsin, according to Dr. Piper. “If your source for vaping products was informal, meaning you got it from someone from school, you no longer have those connections and your supply may have gone away,” said Piper.

Brent Stafford
Vaping: One of the Best Ways to Trash Your Lungs and Maybe Die if you Catch Coronavirus https://regulatorwatch.com/reported_elsewhere/vaping-one-of-the-best-ways-to-trash-your-lungs-and-maybe-die-if-you-catch-coronavirus/ Experts question whether vaping epidemic...

FDA Rules on E-cigarette Makers Go into Effect Today, to the...

Another type of lung injury may be linked to e-cigarettes, as...