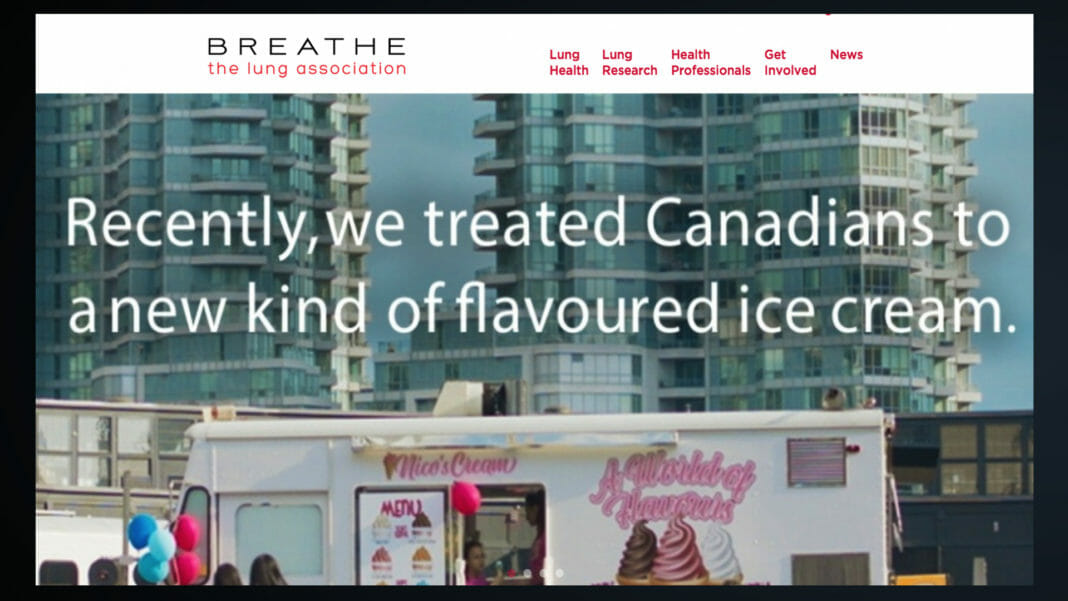 Two Canadian health advocacy groups launched a public awareness campaign Wednesday taking aim at flavoured vape products, with a pointed advertisement that highlights how the products are marketed to children.

The video features an actor posing as an ice cream truck vendor handing out an assortment of sweet-sounding flavours to parents and their children in a hidden camera-style spoof.

But as the salesman hands over the treats — with flavours that include vanilla mist, orange twist and cotton candy — he boasts that they’re “infused with 100 per cent organic nicotine.”

The clip wraps with a shot of e-liquid containers featuring the same flavours, and asks if selling nicotine-infused ice cream to kids isn’t ok, “why is this?”

The Canadian Lung Association and the Heart & Stroke Foundation of Canada partnered to create the campaign, which launched on social media and will run on television over the next three months.

Curate RegWatch
“Being a 21-year-old, I should not be spending six days in the hospital for lung complications,” said one young vaper who...