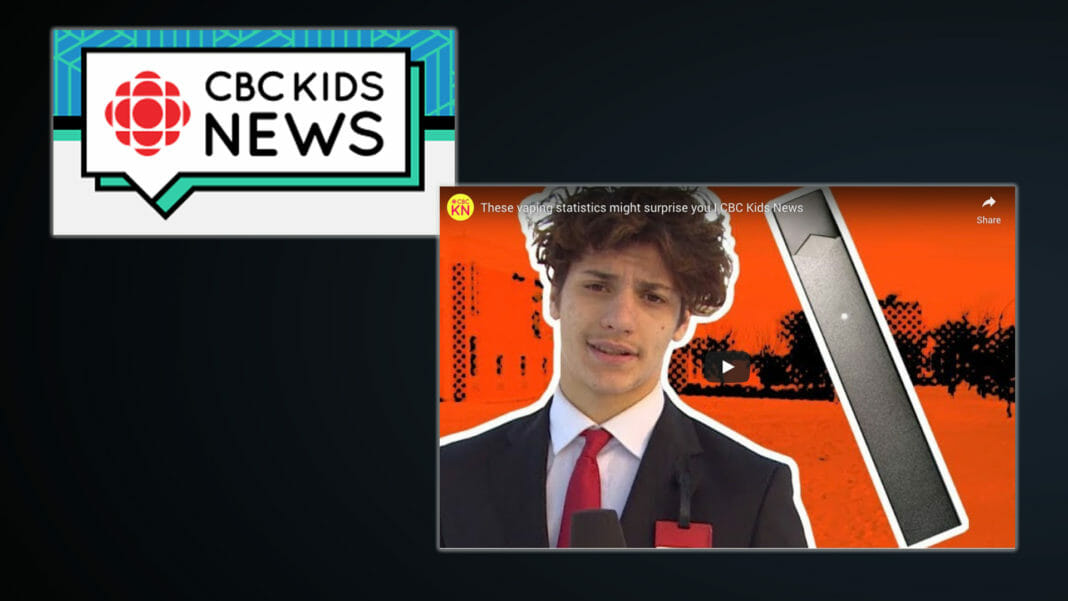 When CBC Kids News asked a group of students at Garden City Collegiate in Winnipeg to answer that question, they couldn’t agree.

“Definitely not. I don’t think so,” said one.

But a lack of knowledge — or the fact that vaping is illegal if you’re under 18 or 19, depending on where you live — hasn’t stopped kids from trying it.

In fact, there are more teen vapers in Canada than ever before, according to the latest COMPASS survey.

Have you vaped in the last month?

New research shows that nearly one-third of all high school students in Alberta and Quebec had tried vaping in the past month.

That’s a drastic change from five years ago, when barely any high schoolers were vaping in Canada, said Scott Leatherdale, who led a survey about health behaviours in young people called COMPASS.

The annual survey, conducted by the University of Waterloo, was filled out by more than 75,000 high school students in B.C., Alberta, Ontario and Quebec.

It shows that vaping rates in Alberta and Quebec are even higher than the U.S. average, where one in four Grade 12 students said they had vaped in the past month, according to researchers from the University of Michigan.

Brent Stafford
When Public Health England, the nation’s primary health authority, put these words into print “e-cigarettes are 95% less harmful to your...

San Francisco, banning e-cigarettes is the worst solution to your least...

A new warning: Vaping and smoking may increase risk that COVID-19...