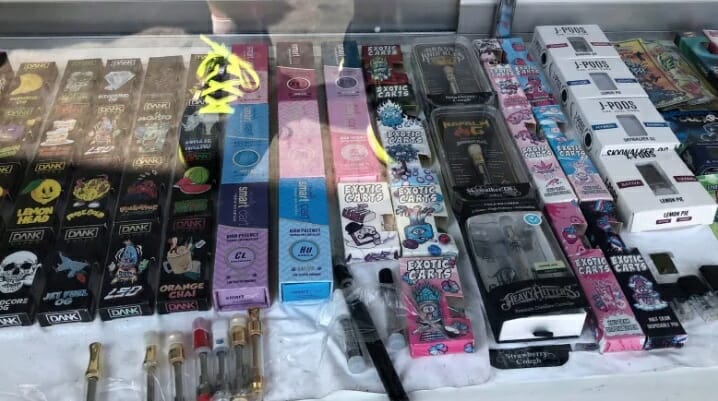 ‘Not likely that a single brand is responsible’

U.S. health officials investigating a nationwide outbreak of vaping illnesses have listed, for the first time, the vape brands
most commonly linked to hospitalizations.

Most of the nearly 2,300 people who suffered lung damage had vaped liquids that contain THC, the high-inducing part of marijuana.

In a report released Friday, the U.S. Centers for Disease Control and Prevention listed the products most often cited by patients, noting that some of them said they vaped more than one.

Dank Vapes was the brand used by 56 per cent of the hospitalized patients in the U.S.

Dank is not a licensed product coming from one business, it is empty packaging that can be ordered from Chinese internet sites. Illicit vaping cartridge makers can buy the empty packages and then fill them with whatever they choose.

Other product names at the top of the list from CDC were TKO (15 per cent) and Rove (12 per cent).

“It’s not likely that a single brand is responsible for this outbreak,” said Brian King, a senior CDC official on the
investigation.

A Blueprint for Better Regulation | UKVIA

Curate RegWatch
It is vital that the benefits of vaping products are fully understood to maximise the positive impact on public health. It is...