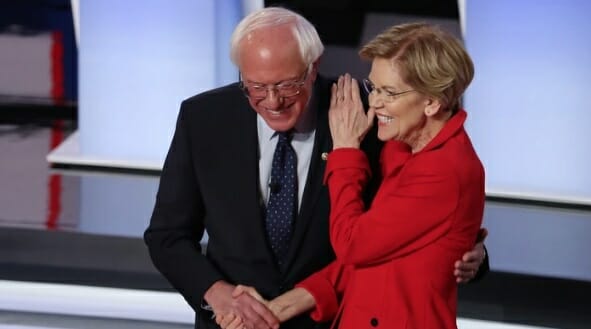 If I’d somehow time-traveled from the late 1980s to find myself tuned in to the Democratic presidential debates this summer—setting aside the bewilderment I’d experience upon learning that Donald Trump is president—I’d still think I was in bizarro world.

One candidate says we should pay formerly incarcerated people to stay out of prison; others argue that we need to reduce mass incarceration and treat people who use drugs rather than lock them up, and all but one wants to completely legalize marijuana.

It’s hard to imagine how much of a mirror image the recent debates are for those of us who came of age back then. But the change reflects an enormous shift in public sentiment that bodes well for drug policy in 2020 and beyond.

“It’s close to a 180 on drug policy in terms of change from the 1990s, most dramatically so in response to marijuana, where nobody even contemplated talking about decriminalization or medical marijuana and now you have almost all the candidates supporting full legalization of adult use and sale,” said Ethan Nadelmann, founder of the Drug Policy Alliance and its executive director from 2000 to 2017.

“It used to be that looking soft on drugs was the third rail of politics and now the polarity of that rail has shifted,” said Sanho Tree, director of drug policy at the Institute for Policy Studies and also a long-term observer of the field.

“It’s a time when people have had enough of failed policies,” added Queen Adesuyi, policy coordinator for Drug Policy Action.

In 1992, Bill Clinton felt he had to play down his own marijuana use (“I didn’t inhale”) in order to make clear he stood firm against drugs, including the devil weed. And Joe Biden—the only candidate who doesn’t favor complete legalization—was an enthusiastic anti-drug general for decades, not merely a compliant recruit.